By Sheikh Ibrahim Raji We established that every prayer performed ​after Ishai prayer is qiyaamullayl. It is ​alternatively called taraaweeh during Ramadan alone. If one goes to bed after Qiyaamullayl, then wakes up for another round of prayer before dawn that is tahajjud. Qiyaamullayl is all the year round optional act of worship for every…”
Yusuf
featured Op-Ed 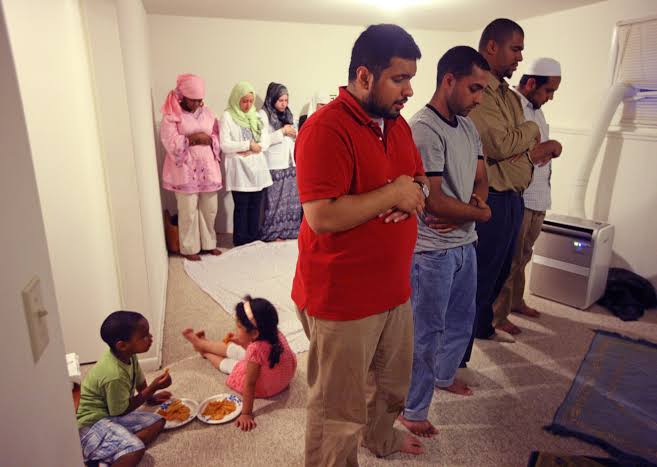 We established that every prayer performed
​after Ishai prayer is qiyaamullayl. It is
​alternatively called taraaweeh during Ramadan alone. If one goes to bed after Qiyaamullayl, then wakes up for another round of prayer before dawn that is tahajjud. Qiyaamullayl is all the year round optional act of worship for every Muslim that has capability to get up for it during the night. It is usually said individually preferably at home but inviting members of the family occasionally to join is recommended, according to the Prophet. The night prayer is the best in terms of getting enormous reward, next to the daily obligatory prayer.  As for the Prophet, it was an obligatory. Allah says: “O you wrapped in garments (i.e. Prophet Muhammad SAW)! Stand (to pray) all night, except a little. Half of it or a little less than that, or a little more; and recite the Qurran (aloud) in a slow, (pleasant tone and) style”, Q73:1-4. By the virtue of the above verses, the night prayer was made compulsory for the Prophet (SAW). There are many hadeeth that extolled the virtue of Qyaamullayl among which the Prophet (PBOH) said: Be steadfast in performing Qiyaamllayl, for it is the habit of the righteous ones before you.  Indeed, it draws one closer to Allah, blocks one from evil doing and deters from sins and flushes out diseases from the body. Meanwhile, the number of raka’ts to be observed in the night prayer is optional, starting from two raka’ts upward. The most important thing is that, whichever number chosen should be constant.  Based on the prophetic tradition, the best act of worship more lovable to Allah is the most constant one even if it is little. Furthermore, one can be guided by applying the content of the narration of  the mother of the faithful, Aisha (may Allah be pleased with her), that the prayer of the  Messenger of Allah SAW never exceeded eleven raka’ats being it in  Ramadan or otherwise.

Gathering a large number of people for night prayer started right from the Prophetic era but was suspended for the reason mentioned in the part one of this sermon. The first Caliph, Abu Bakr, (may Allah be pleased with him) maintained the stand of the Messenger of Allah and never revisited it; but the commander of the faithful, Umar bin Khattab revived it during his reign.

Despite that it was technically suspended, the companion used to gather themselves in small multiple groups to offer the qiyaamullayl in the mosque, choosing one of them to lead, especially those who were endowed in terms of Qur’anicmemorization and recitation. The Caliph decided to unify the various groups under the leadership of one Imam, so he appointed Ubayy bin Ka’ab to lead them. Hence, the beginning of what is today known as taraaweeh. The number of raka’tsrecommended by Umar was twenty; during which long verses were recited, and that led to having a short break within the prayer, after each two or four raka’ts. Hence, the term Taraaweeh which linguistically means “INTERLUDE,” was adopted.

There are two issues that are needed to be addressed at this juncture. One , will this act of Umar bin Khataab not amount to a bid’ah(innovation)since taraaweeh was not popularized  as such when the Prophet was alive? Secondly, how come Umarhad the right to introduce twenty raka’ts against the popular practice of the Prophet (SAW)? As for the first observation, what the Caliph did could not be classified as bid’ah(innovation) because it was the Prophet himself (PBOH) who started it and then suspended it for a reason and never cancelled it.  What Umar did was just reviving a set aside tradition of the Prophet, (PBOH).As for the second issue, we should realize that the verdict of what is sunah is different from what is Fardh. The latter should be rigidly carried out without any alteration whatsoever, while there is a room for modification in the former, depending on the ability of every individual.

The fact that the Apostle of Allah (PBOH) used to pray eleven raka’ts does not necessarily mean we must do as much; or must not exceed that. For the Hadeeth narrated on the authority of Abu Hrayrah who said ‘I heard the Messenger of Allah saying: “What I have forbidden for you, avoid it. And what I have ordered you to do, do as much of it as you can.” There is another hadeeth which empowered the caliphs to take some decision when the need arises in some religious affairs. The Prophet said and I quote: “Verily, he among you who lives long will see great controversy, so you must keep to my sunnah and to the sunnahof  theKhulafaaar-Rashideen (the rightly guided caliphs i.e. Abu Bakr, Umar, Uthman and Ali.) cling to it stubbornly with your molar teeth. And beware of newly invented matters (in the religion) for every bidi’ah( innovation) is a misguidance”. Having said that, it is pertinent to shed a light on how some worshipers perform their prayers in Ramadan and other times. They do rush in prayer as if they are being chased by an enemy. Whereas, according to the Prophet, it is not all those who pray are really praying. For one day, a man entered the mosque while the Messenger of Allah was already seated. The man offered his prayer and then came to greet the Prophet who told him, after replying his greeting, to go and pray because he had never prayed, meaning his prayer was invalid. Then went and repeated his prayer and came back to the Prophet who again asked him to go and pray for he had not yet  prayed. After the third time, the man voiced out thus: I swear by He who had sent you with the truth, I could not perfect it more than I have been doing, please teach me how. The Prophet then said: “whenever you intend to pray, say Allahu Akbar then recite from the Qur’an what you can, then bow and be balanced on that position, then rise up and stand straight, then proceed to prostration and be balanced on that, then raise to the sitting position and be balanced, then return to the prostration again and be balanced, and maintain that throughout your prayer.” Based on the above hadeeth, we should abide by the teaching of the Prophet concerning prayer if we really want our prayer accepted by Allah.