I Prefer A Sex Doll, Please By Tunde Odesola

By Tunde Odesola (Published in The PUNCH of Monday, February 12, 2018) Back at Chelsea FC, eccentric football coach and loudmouth, Jose Mourhino, was a reputable advocate of ‘Park the bus’ football philosophy. But advocates of the free-flowing, tiki-taka brand of soccer flaunted by Barcelona FC are wont to describe Mourhino’s defence-minded philosophy as ‘ugly…”
Yusuf
Op-Ed 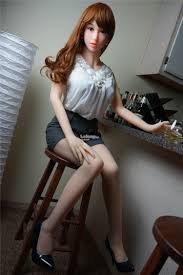 Back at Chelsea FC, eccentric football coach and loudmouth, Jose Mourhino, was a reputable advocate of ‘Park the bus’ football philosophy. But advocates of the free-flowing, tiki-taka brand of soccer flaunted by Barcelona FC are wont to describe Mourhino’s defence-minded philosophy as ‘ugly football’. Call the two styles a duel between opposites; positive and negative – one thing is sure – the end justifies the means. But I love tiki-taka.

The phrase ‘park the bus’ wasn’t coined by football aficionados. It was coined in far away Sweden and its translation is ‘parkera bussen’. Wait! ‘Parkera bussen’ is a Swedish idiom for sex! This idiom derives from the belief that parking a long bus into a parking spot without hitting anything could be an arduous challenge demanding concentration – which sex also requires.

Necessity, they say, is the mother of invention. Sex dolls did not fall from heaven. The first sex dolls were invented by Dutch sailors in the 17th Century to curb sexual loneliness at sea. Sex dolls in those days were masturbatory dolls made of sewn clothes. In the introduction to his book, “The Sex Doll: A History,” Anthony Ferguson says advances in cybernetics and global communications technology brought the modern day sex doll out of the closet en route to the threshold of the boundary between pleasure and science.

Some men would boastfully say, “It’s a man’s world.” Well, it could be a man’s world, but women subtly control it, ruthlessly. Or what can say of the following scenario? To ensure ever-ready, sexual bliss, women go for sinewy sex toys (dildos) of various colors, girths and lengths. Some carry their toys with them everywhere they go. Many women claim they use sex toys to avoid sleeping around, saying, ‘once I use it, I’m ok, I don’t need any man’. They buy clothes, jewelry, shoes, bags, creams and use sex toys. Men didn’t complain. But men won’t drink alcohol and smoke cigarettes for too long. Soon, they too woke up to the need to satisfy a bizarre sexual desire by inventing sex dolls, and all hell broke loose afterwards! “Sex dolls can’t replace us, it’s not like the real thing, impossible!” women chorus. Do you still say it’s a man’s world?

Like the sex doll, the social media is an artificial creation which simulates interpersonal communication reality. Watching a video clip on social media a few days ago dumped me in a barrel of laughs. You know the kind of laugh that brings tears to your eyes and leaves your ribs aching? This is the story: A young black American brought his new chick home. As they were dancing erotically in preparation to eat the forbidden fruit, the young man’s female lover bursts in on them. Guess what ‘Mr Adam’ did. Instantly, he began to talk to, and treat the new chick like a sex doll. Taking the cue, the new chick froze like a doll, talking in a metallic voice and blinking. Hell, William Shakespeare says, hath no fury like a woman scorned. The ‘regular’ babe saw through the trick, and won’t have none of it. What really had me in stitches was that while the ‘regular’ babe was howling and cursing the ‘sex doll’, the lover boy produced a receipt with which he ‘bought’ the ‘sex doll’, and was showing it to the implacable lover. I laughed and laughed and laughed, and I remembered Nigerian political leaders. What can’t they do? Who can’t they deceive?

Coincidentally, watching another online video clip some hours after watching the video of the lover boy drives home the point that Nigeria’s political elite have no idea of their responsibilities to the citizenry and the country.

The first and only time I came across Dino was at the All Progressives Congress presidential primary held at the Teslim Balogun Stadium, Lagos, ahead of the 2015 presidential election. From where I sat on the bleacher, I could see Dino, enthusiastically moving up and down the rostrum, making some announcements. When the former House of Representatives member from Kogi spoke, he won my heart with his elocution, passion and youth. That was in December 2014.

A lot of water has passed under the bridge. Dino had gone ahead to contest the Kogi-West senatorial district election and won. In the senate, he’s now in his element having discovered an inherent singing talent and a certain voice; a swag and braggadocio which Nigerians never knew existed. He released the ‘Ajekun iya’ musical video hit, which he followed up with ‘Kilo tun ku ti o se?’ and a cameo with rapper, Kach, depicting a peacocky lifestyle in the song titled ‘Dino’. The song ‘Dino’ features a vainglorious lyric like ‘100 cars in the parking lot like I’m Dino’. Kach, by the way, is the son of Nigeria’s oil minister, Ibe Kachikwu. There was another blockbuster video of Dino, themed, ‘Pirates of the Caribbean’, to mark his 44th birthday in January, 2018. In the video of the party reportedly held in his palatial Kogi country house, the lawmaker projects the culture of faceless Caribbean pirates, as he wears long dreadlocks, cowboy hat, white long-sleeved shirt, black baggy pants, boots, etc. But every known dictionary says a pirate is a thief.

Dino had appeared in two other videos. In one, he is seen with a tray of groundnuts on his head, selling the commodity. In the other video, he leads a senate committee to the office of the Comptroller-General of Customs, Col. Hameed Ibrahim (retd.), on oversight functions. In the video, Dino is heard chastising the customs boss for not ‘coming downstairs’ to welcome the senate committee. Ibrahim’s response made me remember the treatment a former Chairman, Independent National Electoral Commission, Prof Attahiru Jega, gave Godsday Orubebe, a former Minister of the Niger Delta, at the 2015 presidential election results collation centre in Abuja. After so much hollering and threatening to stop the announcement of the presidential election results, Jega only looked at Orubebe as a benign elephant would look at an ant on a sycophantic display of combative arrogance, and moved on.

Cockily, Dino told Ibrahim, “I also want to register my displeasure that the comptroller-general of customs was not downstairs to receive the senate. This is the senate of the Federal Republic of Nigeria. We have the seal and the authority of the Nigerian senate to be here. The senate president, as I speak, is here. We’ve visited other paramilitary service…For me, I feel disrespected that the CG is within the complex and was in his office; (but) he wasn’t downstairs to receive Nigerian senators. We register our displeasure about this. If this should repeat itself next time, we will take a walk.”

Ibrahim listened to Dino’s ranting. Coolly, he said, “With regard to protocol, customs has its protocol, immigration has its (sic) protocol. When we adopt our own protocols in our own premises, I think we should be given that liberty. When we do visit the senate as chief executives, nobody ever lined up to receive us. Therefore, I don’t see any reason why we should not be allowed to practice our own protocols. Our protocol is our protocol…”

Dino is a metaphor of the leadership calamity plaguing the country. In a country of more than 170m people, it is depressing that many who get into positions of power are birdbrains.

When Sikiru Ayinde Barrister sang ‘Oke Agba’ in 1980 to extol the preeminence of destiny, he also had in mind jesters who should be apprentices in Nollywood but who found themselves in leadership positions. Where do we have a Bashorun Gaa, before whom everybody kneels – to speak; an ever excited dancer, and a heartless woman, who rated cow life over human life? The National Assembly, of course!

See why I prefer a sex doll to this gang? It can’t be worse.

2019: A Long Descent To The Past By Lasisi Olagunju

Truth Of The Matter With AYEKOOTO: Thanking God For This Continuity