The Politicisation Of Pension In Osun

By Abiodun Komolafe The quote above, by W.B. Yeats, perfectly echoed my own sentiments on reading a report in the Punch, August 16, 2017 edition in which Governor Rauf Aregbesola of Osun was alleged by the ‘Forum of 2011/2012 Pensioners to have “paid political office holders who served between November 2010 and November 2014 the…”
Editor
hero Op-Ed Politics 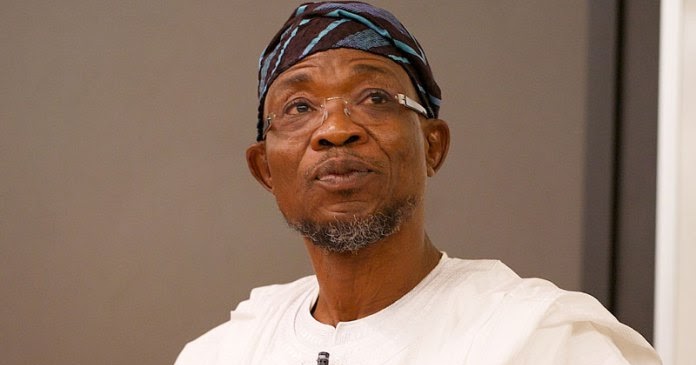 The quote above, by W.B. Yeats, perfectly echoed my own sentiments on reading a report in the Punch, August 16, 2017 edition in which Governor Rauf Aregbesola of Osun was alleged by the ‘Forum of 2011/2012 Pensioners to have “paid political office holders who served between November 2010 and November 2014 the sum of N50 million each as severance allowance.”

Before all else, that “a motley crowd” have simply allowed worldly cares to obliterate their sense of the beautiful is what an observer like yours sincerely finds difficult to comprehend. For instance, findings have shown that the protesting pensioners acted against wise counsel by opting to retire from the state service at the end of 2012 because they did not want to join the new contributory pension regime, a situation that ended up unleashing an accumulated debt burden of N5 billion on the state. Essentially, while it is a statement of fact that a labourer should be worthy of his hire, the tragic truth is that the socio-economic needs of the society are so huge that no government can accomplish them in a day. Osun is not an exception!

Of course, Osun is currently funds-challenged. But Nigeria is similarly deprived! Thanks to the immediate past drivers of Nigeria’s economy who practically turned Nigeria into a pauperised, debtor enclave where borrowing money to pay money, all in the name of debt rescheduling conversion, or servicing, was fashionable. People’s Democratic Party (PDP) summarily reduced Nigerians to a wounded people in an impossible bus and it was as if the gods were angry. The outcome of the putridity of its inanity, the extremity of its frivolity, its consolation in vainglorious fatality and the competition for space of its blind ambition for power without purpose is now staring us in the face and only a God can help us!

But is Aregbesola anti-workers, be they active or passive? In my considered opinion, a governor that has accorded governance a new name and given us hope of a better Osun and a greater Nigeria cannot be said to be anti-workers. His inspirational, passionate and record-breaking contributions to the transformation of Osun into “a developed, cleaner, safer and more beautiful state” is so huge that, in another 30 years, Osun will no doubt be a reference point in infrastructure development to other states of the federation. Little wonder the governor is one of the most outstanding and credible personalities the Nigerian nation has ever known. The interesting part of his initiatives and interventions is that they are practically free from political interference, unlike what obtains in some other states.

The falseness and baselessness of Forum of 2011/2012 Pensioners’ allegation could also be traced to the fact that Osun ranks next to Lagos in terms of payment of workers’ salary and pension allowances. For instance, how many people remember that‎, until the arrival of the second tranche of the Paris Club refund, Ayo Fayose could only manage to pay workers’ salary up until January 2017? As we speak, Ekiti State civil servants are being owed six months; primary school teachers: nine months; secondary school teachers: seven months; Local Government workers: seven months; and, pensioners: nine months. Yet, the governor continues to mortgage the state’s future on ‘ponmo’ cow hide) and okada (motorcycle) as if that’s one sure fiendish way of keeping an unsuspecting people perpetually under his feet.

In Benue State, two months’ salaries are used to pay for one month. Impliedly, workers are paid half salaries across board in that state. Kwara, Kogi and Enugu States are not faring any better.  As at May 2017, Edo State government was sitting, comfortably, on arrears of pension ranging from 10 to 42 months owed its senior citizens. Not only that, state pensioners were also being owed “gratuities from 2012 till date and the local government pensioners from 2008 till date.”

Coincidentally, the man who just left the state as governor was a veteran labour leader. So, when will Aregbesola’s traducers be sincere enough to admit that the salary challenge is national in outlook? On the other hand, isn’t it curious that a certain section of the fourth branch of government has turned itself into an “insidious political opposition …, hiding under the plight of pensioners to make outrageous claims with a view to inciting the people against the government”?

From investigations, how much did Osun receive as 2nd tranche of the refund? N6,314,106,340.62! How much was spent on payment of parts of salary arrears, leave bonuses and pensions to civil servants and pensioners in the state, of course, including those in the local government service? N5,131,680,567.59! On the issue of severance package, did Aregbesola breach any law guiding the payment of such to public or political office holders in the state? Not to my knowledge!

All said, here comes the issue of media and its roles as the political conscience of the electorate, For God’s sake, how can a media outfit that has compromised ethical standards hold those who are in government accountable, make informed decisions or stay away from undoctored views? When “a newspaper recklessly subjects its platform to be used for propagating falsehood and deception,” then Nigeria is in for a long haul. It is the same reason this ‘section of the media’ will go to town with reports of Osun being in the 29th position in the 2017 West Africa Examinations Council (WAEC) rating without investigating the reasons its year-on-year steady progress in that sector; or verifying when WAEC Board met to review the state of the states in the last Senior School Certificate Examination (SSCE).

2018 is around the corner! As such, the gladiators are already positioning. The political lions, the economic bears, and the political mischief makers are already lurking around. All the same, this is the opportune time for the electorate to make an informed choice between turning the page and closing the book. The earlier Nigeria’s five thousand people fed with two loaves and five fishes rise to the occasion, the better their chances are of getting it right!

May principalities and powers, assigned to rubbish our leaders’ efforts, scatter!

Only Credible Nigerians should be given Titles, Makinde Tells Monarchs