By Afeez Adebayo Chief Imam of Okinni land, Alh. Muibdeen Usamot Afolabi, his companions and some stakeholders in the Muslim community were arrested last week in the premises of the central mosque, Okinni. The arrest was reportedly as a result of the petition allegedly written by one Alh. Usamot Najimudeen and his followers from Akogun mosque…”
Yusuf
News 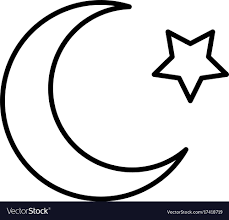 Chief Imam of Okinni land, Alh. Muibdeen Usamot Afolabi, his companions and some stakeholders in the Muslim community were arrested last week in the premises of the central mosque, Okinni.

The arrest was reportedly as a result of the petition allegedly written by one Alh. Usamot Najimudeen and his followers from Akogun mosque against the entire Muslim community due to renovation and amendment going on at the central mosque.

The amendment was due to correction sought by the Muslim community to enable the central mosque face the right direction which has been a subject of debate for over five decades now.

The Muslim community wanted to put an end to the Kiblah issue confronting the central mosque since time immemorial.

The general assembly of Okinni Muslim was conveyed on Saturday 8th December, 2018 to seek final resolution to the issue and majority of followers agreed to the amendment.

It was during the said meeting that Alh. Usamot reportedly insisted that no amendment would be allowed to take place in the mosque and if Muslim community should go ahead with the plan amendment, there will be chaos, adding that he won’t take it easy with the chief Imam and other stakeholders involved.

As agreed, the Muslim community went ahead with renovation and correction of the Kiblah issues and as the work proceeds, they saw the arrival of stern looking policemen who stopped them from proceeding with the work and with instruction that their attention is needed at the station with order that no further action be taken on the ongoing work at the mosque.

On getting to the police station, the team of petitioners from Akogun compound led by Alh. Usamot were on ground to defend their petition against the Chief Imam and other stakeholders.

The Chief  Imam, told the Commissioner of Police that the decision to make amendment to the mosque direction was reached on Saturday 8th December, 2018 by the entire Muslim community and he was surprised to hear that some group of people could write petition against the wish of the majority.

His submission was corroborated by others who spoke at the station and that Akogun compound was just an infinitesimal part of the entire Muslim community, saying, they cannot impose their selfish wish on the entire community, thereby misleading them.

While reacting, the team leader from Akogun mosque, Alh. Usamot Najimudeen insisted that no amendment shall be accepted on the mosque because it will negate the past Muslim leaders who laid the foundation of the mosque.

The Commissioner of Police, who presided over the peace meeting asked for the cooperation of both parties and that if there is any bridge of peace and harmony in Okinni, they will all be held responsible.

They were later made to sign peace accord that there would not be any breakdown of peace and order in the Town.