Police Arrest Mother, Five Others for Selling Baby for N850,000 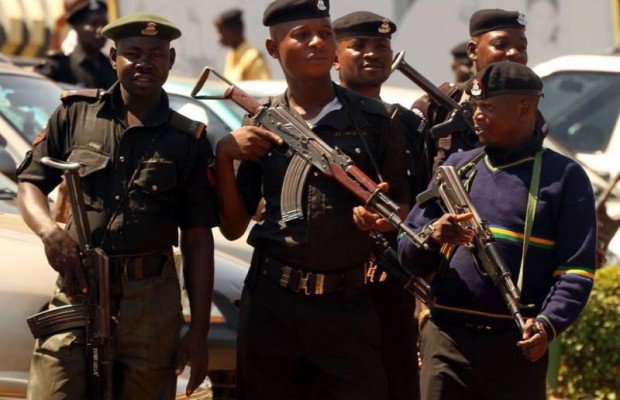 The Rapid Response Squad (RRS) of the Lagos State Police Command at the weekend arrested a 22-year-old mother Miss. Onyinyechi Osoneye, for selling her day old baby for N850,000.

The five others arrested were one Mrs. Glory Ehinmi of Peninsula Hospital, Ikota, Lekki – Ajah Expressway; 45-year-old Mrs. Prisca Okocha, the owner of Peculiar Hospital, Orile; 59-year-old Mrs. Regina Anyanwu, who was the link to the final buyers, Mr. and Mrs. Ike Nwata.

Osoneye was picked up by the RRS Decoy Team after intelligence report indicated she sold the baby to the Nwata’s through a link.

News reports gathered that when Osoneye found out that she was pregnant, she connived with her mother, by concealing the pregnancy from her father due to his strict position about children born out of wedlock.

It was further revealed that the duo had no choice but to tow the path of non-disclosure given that the man who impregnated Osoneye denied responsibility.

On her due date, Osoneye was admitted to Peninsula Hospital, Ikota, Lekki – Ajah Expressway, where Ehinmi, delivered her of a baby boy on March 1, 2017.

According to the police, when Osoneye was arrested, she first declined to open up about the deal, but on further interrogation, she disclosed that Ehinmi took the baby from her at the point of delivery.

She further disclosed that Ehinmi gave the baby to Okocha, who offered them  N250,000 as compensation.

When interrogated, Okocha confessed to investigators that she sold the baby for N850,000 but gave the mother N250,000.

It was further learnt that the couple who were desperately in need of a child, had organised a huge party to celebrate the baby’s arrival.