Rancolonitis is a new word you will understand as you read along. Sometimes some experiences come to pass which we lack words to describe but which we love to give a name in order to record for posterity. The solution to such a problem as suggested by George Orwell in an article on new words…”
Editor
News Op-Ed 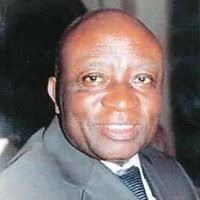 Rancolonitis is a new word you will understand as you read along. Sometimes some experiences come to pass which we lack words to describe but which we love to give a name in order to record for posterity. The solution to such a problem as suggested by George Orwell in an article on new words in his collection of essays My Country Right or Left, (Vol. 2, 1940 1943) is to invent new words as deliberately as we would invent new parts for a motor car engine. (Rage and Tears, Jerry Agada, 2002, p63).

Imagine this experience: Farmers in the food basket state are under siege. Not much of farming activities are taking place anymore because of atrocities of herdsmen who supervise the eating up of crops and destruction of farms by their rampaging cattle. Farmers complained and the herders responded by alleging the killing of their members and of rustling their cows as being the reason for attacking the farmers. In fact as at the last count over seventy farmers including husbands, wives, pregnant women and children were mercilessly massacred and for which the state government mournfully gave a mass burial.

Of course that had been preceded by similar incident of gruesome massacres perpetrated in Agatu Local Government Area though the victims never had the opportunity or comfort of State burial not that they didn’t deserve it but because that was a pre-anti open grazing law incident which, though very painful and unfortunate, did not carry the angst of a direct challenge or affront to the Government’s right to enact laws. So the idea slipped at that moment. To forestall such ugly development any further, the State government through the Benue State House of Assembly earlier enacted the anti open grazing law. The herders Association known as Miyetti Allah Kautal Hore responded by rejecting the law intoto, insisting that the state either abrogates the law or the herders will continue with their war of genocide. Then natives began to wonder whether it was the same Fulani herdsmen they had co-habited peacefully with before now or invaders/conquest mongers from other countries.

In the midst of all these, the Federal Government contrives a solution which proposes the establishment of cattle colonies in each of the States. The Federal Government has a good explanation for what it sees as the panacea for farmers/herdsmen conflicts. But the food basket state that had already enacted the anti open grazing law as the best solution feels otherwise and vows to continue with full implementation of the law. Other states are equally kicking against establishment of cattle colonies which they view as neo-colonialism by the fulanis using herdsmen and cows. And so the argument rages on while the Federal Government grapples with the possible solution using the over sixteen States which it claims have agreed to go by the colony option.

Even when the Chief of Army Staff went to show to the Minister of Agriculture the Army’s progress in cattle rearing business, it was cattle ranch and not colony that was beamed to the whole world as the best practice. In other words it is ranching and not colony that is in vogue in cattle rearing. The Federal Government knows that much but it is harping on colony just to be seen to be doing something different if that is the only area its much mouthed change mantra can reflect. With all these confusion therefore, the need arises to find appropriate word to describe the experience that has become prevalent in almost all the States of the federation. It is now a virus which disease has become endemic. Any state that experiences herdsmen/farmers conflict is suffering from that disease.

It is in that connection that it is pertinent to revert to George Orwell’s assertion on inventing new words: That in forming new words, one would have to pay attention to appropriateness of sound as well as exactitude of meaning. And that it would not do to make it out of mere arbitrary collection of letters(Rage and Tears, p61). That is exactly what I have done here by describing the disease of incessant conflict between herdsmen and farmers as RANCOLONITIS. Like meningitis, rancolonitis is a disease which remedy lies in the ability of the affected state to choose between the concept of colony or design and implement necessary laws that can bring about peaceful co-existence between herdsmen and farmers. For Benue State the Open Grazing Prohibition and Establishment of Ranching Law provides the best option and has come to stay.
Professor Jerry Agadais a former Minister of State For Education and Former President, Association of Nigeria Authors(ANA).

Until People Of Southern Kaduna Have Their Peace, Nigeria Will Not Have Peace – CAN