Pep Under Pressure To Be Better This Second Season

Fortified by Manchester City’s £200 million ($260 million) overhaul, Pep Guardiola is under pressure to ensure his second season in the Premier League is far more successful than his torrid first. Guardiola had a troubled debut campaign at Eastlands as the Spaniard failing to win a trophy for the first time in his storied managerial…”
Yusuf
Sports 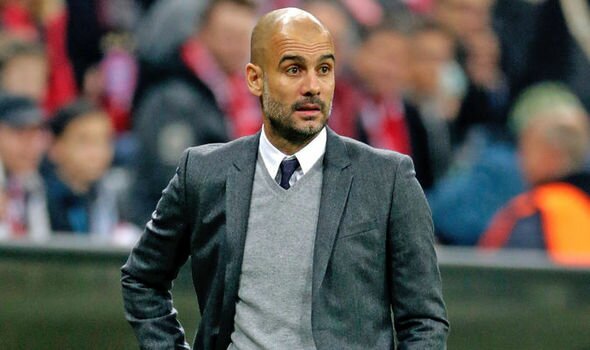 Fortified by Manchester City’s £200 million ($260 million) overhaul, Pep Guardiola is under pressure to ensure his second season in the Premier League is far more successful than his torrid first.

Guardiola had a troubled debut campaign at Eastlands as the Spaniard failing to win a trophy for the first time in his storied managerial career.

Third placed City finished 15 points behind Premier League champions Chelsea, crashed out of the Champions League against Monaco and failed to reach either of the domestic cup finals.

Guardiola has admitted such a lacklustre performance would have seen him sacked at his previous clubs Barcelona and Bayern Munich.

However, City, who start their Premier League campaign at promoted Brighton on Saturday, always intended to give Guardiola time to reload and a pre-season spree has put him in a position to get it right this time.

Close to £130 million was invested in full-backs as Guardiola shored up his defence with Tottenham’s Kyle Walker, Monaco’s Benjamin Mendy from Monaco and Real Madrid’s Danilo.

All three have the pace to change defence into attack quickly, something City lacked in the full-back positions last season.

Guardiola will hope goalkeeper Ederson, acquired from Benfica for £34.9 million, is less error prone than Claudio Bravo, whose dismal season was a major factor in City’s failed title challenge.

City looks stronger in attack too, with Bernardo Silva, bought from Monaco for £43 million, bringing extra creativity to the final third.

With January signing Gabriel Jesus over the injury trouble that stalled a promising start in England, City look well placed to compete for all the major trophies.

Mendy is likely to be absent on Saturday with a thigh injury, while Silva may start on the bench, having had only a short pre-season after helping Portugal to the Confederations Cup semi-finals.

Guardiola could start with Jesus and Sergio Aguero up front, given he has used a 3-5-2 set-up for much of pre-season, which suggests Walker and Danilo are to be deployed as wing-backs.

The formation allows an extra man in midfield, which has proved to City’s advantage in warm-up victories over Tottenham, Real Madrid and West Ham.

“We feel ready because we’ve been at a good level but we have nothing to show for it at the moment,” said City captain Vincent Kompany.

“Keep doing what we’ve done in the last three games and it should be exciting.”

Immediately after Brighton secured promotion to the top-flight for the first time in 34 years, their chairman Tony Bloom warned he would not break the bank in a bid to avoid relegation.

But Albion shattered their transfer record earlier this week on PSV Eindhoven midfielder Davey Propper and was set to pass that mark with the £13 million acquisition of Colombia winger Jose Izquierdo from Club Brugge ahead of City’s visit.

Those deals were small change compared to City’s spending of course and Chris Hughton’s signings have been offset by a broken leg for Beram Kayal that will keep the midfielder sidelined for around three months.

“The work starts from the day you get a promotion. It’s normal that the players and supporters are going to be celebrating for a period of time, but we have had to come down to reality,” Brighton boss Hughton said.

“This division is far tougher and we’ll certainly need all of the experienced heads around us.”

Names Of 8 Players Recently Cleared By FIFA For Super Eagles

Chelsea And PSG Through To UEFA Champions League Semis