UNESCO Wants Road Closed to Preserve Groove By Solomon Odeniyi The United Nations Education Scientific and Cultural Organisation (UNESCO) has demanded for the closure of the Osun Groove road, saying that it should not be a thoroughfare route for commuters. UNESCO, according to sources in the Ministry of Culture and Tourism, said the accessibility of…”
Yusuf
featured Osun 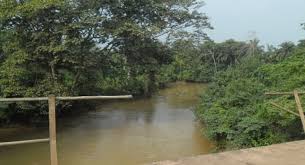 The United Nations Education Scientific and Cultural Organisation (UNESCO) has demanded for the closure of the Osun Groove road, saying that it should not be a thoroughfare route for commuters.

UNESCO, according to sources in the Ministry of Culture and Tourism, said the accessibility of the road posed danger to animals, plants and the natural look of the groove.

Based on the demands of UNESCO, the State Government proposed closure of the road which connects residents of Isale-Osun with Oke-Osun area which includes Fountain University.

Speaking with OSUN DEFENDER on Tuesday, the Curator/Site Manager of the groove, Mr Adekunle Olatunji said apart from the UNESCO demand, officials of the Ministry of Works and Transport have warned that the Osun Groove bridge is weak and could no longer bear heavy traffic.

Following the report on the bridge, Olatunji said the government wanted to prevent disaster that might occur on the bridge and as a result, wanted to convert the road to a ‘closed road’ which means it would no longer be passable to other area.

According to him, the state government held a Stakeholders’ Meeting with residents of the Oke-Osun and Isale-Osun at the Palace of the Ataoja of Osogbo, Oba Jimoh Oyetunji Olanipekun few weeks ago to explain to them why the road needed to be closed.

It was agreed at the meeting that the road would be closed on February 22 and that alternative route would be provided.

But residents of the areas have kicked against the closure of the road, describing it as anti-people.

Olatunji said it was surprising and quite disappointing that the same set of people who agreed at the meeting made a u-turn and gathered people to protest the proposed road closure.

He said, though, the closure of the road has been suspended, big vehicles would not be allowed to ply the road anymore because of the warning on the bridge.

“During impact and assessment visit to the Osun groove bridge by officials of the ministry of works, we were told that the bridge is no longer strong. The bridge is now caving in. The government does not want to record any casualty on the bridge.

“The government has been making move to divert the road since 2005 but it has not been able to do that. Now that there is a ring road that serves as alternative route for people residing after the Osun groove, there should not be issue on the closure of the road.

“The State Government promised UNESCO two things, which are relocation of electricity wire and road. The wire had been relocated and it remains the road.

“Nobody is saying he will close the road just like that. Osun groove is a community participating site. What we are telling the people is that for security reason, that bridge could no longer bear heavy traffic, and that they should take alternative routes. The government is ready to create alternative road beside the Ladoke Akintola University of Technology School. The residents are just agitating unnecessarily.

“Why are the big vehicles plying the road after we had all agreed that they should not pass through the place again? I must commend the Ataoja of Osogbo for his leadership role on this matter.

“However, we have suspended the closure of the road after some interventions, but we will not allow trucks or any other big vehicles to ply the road again.”

When contacted, the General Secretary of Isale-Osun community, Mr Liasu Yekini, who is part of the people leading the protest against the closure of the road said he could not talk to OSUN DEFENDER on phone, saying “I cannot talk somebody that i did not know on phone”.

However, the Coalition Against Corrupt Leaders (CACOL) has called on the government to restrain from closing the road, saying that confiscating the roads without the provision of alternative would amount to unfair treatment on the people who are plying the road for their daily economic activities.

The National Coordinator of the group, Comrade Debo Adeniran said:  “We learnt that this road will be confiscated by the government and it would turn out to be an unfair treatment if the road is taken away from the people who have been using it for their economic activities without replacing it with another one.”

CJN: Presidency has no hand in the allegation – Aghanya