The State Government of Osun said it has engaged several youth in productive venture through its various empowerment programmes, especially, the training of about 20,000 indigenes in Information Communication Technology, ICT.     This was revealed over the weekend during a briefing by the Project coordinator of Osun Youths Empowerment Scheme Technology (OYESTECH), Mr. Abiodun…”
Editor
featured hero News Osun Technology 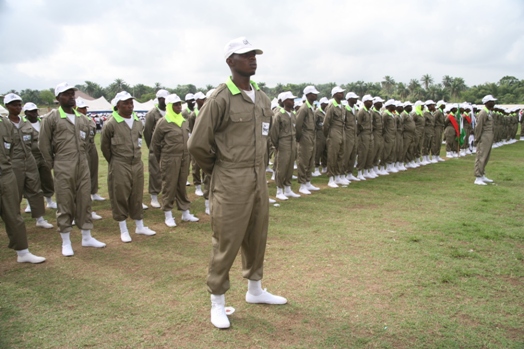 The State Government of Osun said it has engaged several youth in productive venture through its various empowerment programmes, especially, the training of about 20,000 indigenes in Information Communication Technology, ICT.

This was revealed over the weekend during a briefing by the Project coordinator of Osun Youths Empowerment Scheme Technology (OYESTECH), Mr. Abiodun Fesobi in Osogbo, the Osun state capital.

According to him, the programme is designed as an exit plan for OYES volunteers in the state and also to serve as support based for other interested participants to be self-reliant.

He hinted that the objective of the programme is to impact participants with required skill which will enable them to be employable by any organisation and become business owners.

“OYESTECH is an information and Communication Technology branch of the widely accepted Osun Youth Empowerment Scheme, OYES which is aimed at impacting the participants with required skills so as to enable them employable and become business owners.

“The scheme is all about skill acquisition through knowledge transfer with 10 training centres across the state which gives training on various sections such as phone repairs, electronics computer assembling, computer usage and entrepreneurship.

Aside 5,000 participants trained in the first batch of the scheme, additional 15,000 have been trained in different aspect of applied technology and they also re-trained many others.

He said, “Some of our graduates have also gone ahead to train over 150 persons; with success stories in their businesses.

“In order to achieve this set objectives the government through its investment arm; Osun State Investment Company Limited, OSICOL embarked on selection of technical partner; RLG and through signing of memorandum of understanding and admission of 5000 trainees per batch in four batches and at the end of it certificate were issued to participants.

In separate interviews, the beneficiaries said that the programme has enhanced their living condition and that of their families by making them productive and enable them to give back to the society.

Another beneficiary who is now the Director of Bayotek Computer Service, Mr. Abdul-Hakeem Babatunde relaying his experience, said, “Bayotek computer service was founded after I graduated from the Osun Youth Empowerment Scheme Technology in 2011 and we were given a mandate to empower other youths so as to complement government’s efforts at reducing unemployment among the youth.

“I have one of my centres at Federal Polytechnic Ede, Osun State and also have a Cybercafe as an extension where I also train students on how to work on software and hardware of computers. I have trained over 100 youths.

Also speaking, Anthonia Ogundare lauded the state government for the opportunity given her and many others to be part of the scheme adding that the scheme has made youths in the state productive.

“I have been a beneficiary of this programme; I was privileged to be chosen among 150 beneficiaries who were sponsored to Ghana by Osun state government for a month internship and at our return I was employed and I have since been working at Adulawo Technology City in Ilesa.

“This is one programme that has helped the youths in securing jobs to help their family and future. I have been learning a lot and gaining more knowledge every day”.

Recall that the scheme which is aimed at job creation through ICT was inaugurated by the state governor, Ogbeni Rauf Aregbesola, in 2011.

OYESTECH is one of the components of Osun Youth Empowerment Scheme (OYES) which has recruited over 40,000 youths. The programme now in its sixth year, has successfully scaled down youths unemployment and profitably engaged them in various areas of ICT.

Also, the United Nations in its latest Global multi-dimensional poverty index report on Nigeria ranked the state of Osun as the 2nd state after Lagos with least poverty amongst the 36 states in Nigeria. This is due to the several empowerment programmes of the government which has successfully moved hundreds of thousands away from the poverty line.