Osun Students Dissociate From Governor Oyetola’s Endorsement, Describe It As Show of Shame

The apex students body in the state of Osun which is the umbrella of all indigenous Students associations, National Association of Osun State Students’ (NAOSS), has dissociated herself from a purported endorsement of Governor Gboyega Oyetola, ahead of the coming Governorship election in the State. The body described the ugly development as handiwork of some…”
Victor
News 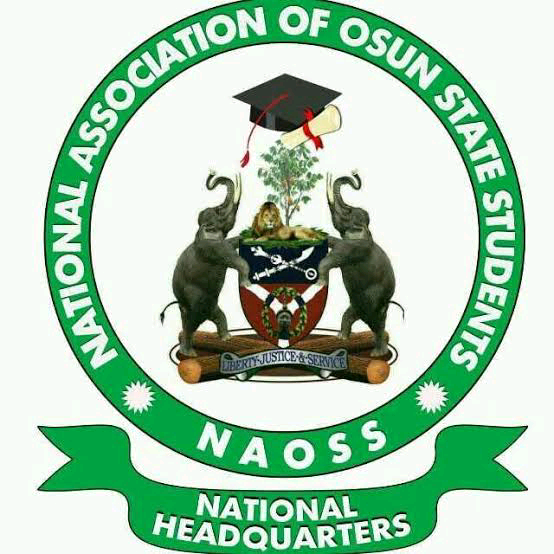 The apex students body in the state of Osun which is the umbrella of all indigenous Students associations, National Association of Osun State Students’ (NAOSS), has dissociated herself from a purported endorsement of Governor Gboyega Oyetola, ahead of the coming Governorship election in the State.

The body described the ugly development as handiwork of some evil perpetrators, men of doom disguising in students’ form by endorsing the incumbent governor and the Governorship candidate of all Progressive Congress (APC) for the July 16 Governorship election on behalf of the diligent, sensible, decent, and good students of Osun.

NAOSS, in a press release sighted by OSUN DEFENDER, explained that the show of shame organized by some O’YES cadets and APC youths in Osogbo is a scam that the Governor himself should have known considering his poor commitment to proper funding of education in the last 3 and half years of his administration.

“The students and the general populace should not be misled by the show of shame of some persons who are known to be evil-doers in the state. NAOSS as a body has a modus–operandi, and students, through the “Congress” are the highest decision-making body, the public should note that there was nothing like an endorsement by the students, it was APC youths and some persons who are just recruited to a scheme called O’YES in the State that did the endorsement and not the students.

“We also categorically direct you to check the picture of the said endorsement very well, you will see that you can hardly identify a genuine student from it, the endorsement was done by a group of useless persons and not students.

“No students’ body will be so daft to the extent of endorsing any Governor at this critical time that students are facing a lot of agonies. University students have been home for almost 7 months, Osun State College of Education, Ilesha is on strike, students are being harassed every day, and security in the state is nothing to write home about.

“It is also worrisome that the state of education is diminishing every day and graduates are roaming around without work in the state, this brings to the fore that we can’t be so cheap to such an extent of neglecting what concerns us above and opt-in for any endorsement.

“On this note, we also like to inform the SSA on Students’ Affairs to the Governor, Mr. Ayantunji Kehinde who led the team of endorsers to desist from tinting the image of this noble association with political games. He should rather “hustle” for those that support his biases and create a students’ wing of his party, and not by destroying our union in exchange for a favor or anything whatsoever. We strongly condemn such things!

“We equally urge Mr. Governor not to be deceived by the show of shame. The students in the state are serious people who prioritize their future over the Governorship “polictricking” and we have no sympathy for any party.

“We also reiterate the fact that NAOSS doesn’t have affiliations with any political party, we are a students’ group and the interest of our members is our priority.

“Given the above, the students and the general populace are advised and directed to vote for the candidate of their choice and never for any reason and amount of money sell their votes, we have been craving good Governance all these days, and July 16 is another opportunity for us to get it right. Vote wisely”, the statement reads.