Osun State’s Next Gov. Must Come From Osun West – Oyinlola

Says, He’s Not Contesting A former governor of Osun, Prince Olagunsoye Oyinlola has declared that the next governor of the state should come from Osun West Senatorial district in the spirit of justice and fairness because that district has been marginalised in the choice of governor and deputy governor over the years. Prince Oyinlola stated…”
Editor
News Osun 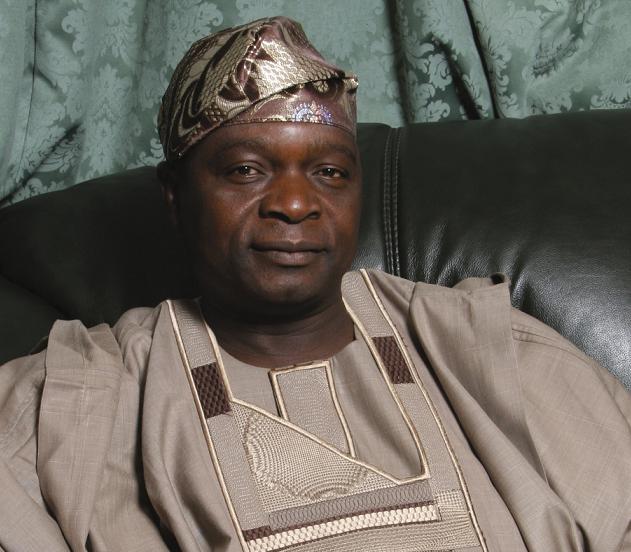 A former governor of Osun, Prince Olagunsoye Oyinlola has declared that the next governor of the state should come from Osun West Senatorial district in the spirit of justice and fairness because that district has been marginalised in the choice of governor and deputy governor over the years.

Prince Oyinlola stated this at his country home in Okuku, Osun State on Tuesday at a meeting with former legislators, Commissioners, local government chairmen, special advisers, executive assistants and other political appointees who served when he was governor from 2003 to 2010.

He also declared that the next governor should be a youth with requisite education and exposure to manage a 21st century state.

The former governor who confirmed that he had received representations from critical stakeholders in the state asking him to contest the September 22 governorship election, said, he would not do so because it would negate all principles of fairness and equity and would also run counter to his message of generational change in leadership at all levels.

“I will not contest, not because I am not qualified to do so, but because it will be against all tenets of fairness. There is a Senatorial district that has ruled this state for only 22 months out of its 27 years of existence. This coming election must be used to correct that anomaly and give the people of that district, Osun West, a sense of belonging.

“Also, as National coordinator of the Coalition for Nigeria Movement (CNM), I have been at the vanguard of the campaign for the election and choice of our youths into positions of leadership. I am 67 years old and that cannot be the age of a youth. I am therefore committed to ensuring that the next governor of Osun state is a youth with fresh ideas and the right education.

“From the above, we will see that apart from one occasion (Chief Akande), the age of governors here has been between 37 and 53.

“Going forward, we should be seen as improving and doing better. The next Governor of this state should be an improvement on those of us who have been privileged to be here. Indeed, my advice to our people is that the next Governor should not be older than 50 years or thereabouts. He should also be seen to have the requisite 21st century education and exposure to reinvent our state and place it on a firm, steady path to greatness. That should be our focus.

“On zoning of the governorship, the founding fathers of this state made it clear from the beginning that no part of this state must be subservient to others in the distribution of amenities, siting of projects and in the choice of those who would be running our affairs. We must be seen sustaining that legacy of equity and fairness.

In 2010, Rauf Aregbesola from Ife/Ijesa became Governor and picked his deputy from Osun Central.

“You will observe that apart from Adeleke who was in power for a little over 20 months, no one has been opportune to be either Governor or Deputy Governor from Osun West.  In fact, it has been a monopoly between Osun Central and Ife/Ijesa. It must be noted that Osun West has 10 Local Governments just as the others. Yet, it has produced a governor for less than two out of Osun State’s 27 years of existence.

“That cannot be the vision of those who fought for the creation of this state. God cannot be happy with those of us who should be seen doing the right thing if we refuse to do so.

“I won’t be party to injustice and inequity no matter the cost. Justice and fairness therefore demands that in addition to being of relatively young age and of requisite education, experience and exposure as I stated earlier, the next Governor of Osun State should come from Osun West. That is what will give every part a sense of equality, equity and fairness,” Oyinlola said.