By Solomon Odeniyi The All Progressives Congress (APC) in the State of Osun has described the Peoples Democratic Party (PDP) as community of lazy individuals who lack the required competence to provide virile opposition to the ruling party. According to the APC, the PDP also lacks the popularity and acceptability to defeat the ruling party…”
Yusuf
featured Osun Politics 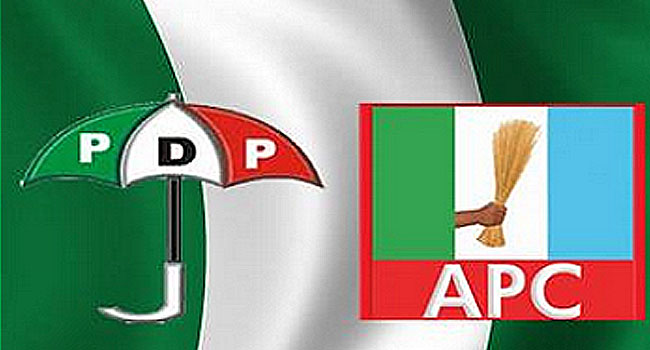 The All Progressives Congress (APC) in the State of Osun has described the Peoples Democratic Party (PDP) as community of lazy individuals who lack the required competence to provide virile opposition to the ruling party.

According to the APC, the PDP also lacks the popularity and acceptability to defeat the ruling party in any contest.

The Publicity Secretary of the APC, Comrade Wole Adunola, stated this on Tuesday in a press statement made available to OSUN DEFENDER in Osogbo.

Adunola asked the PDP to leave APC out of the crises rocking it, describing the party’s situation as irredeemable.

The statement reads in part: “We are constrained to dwell into the crises rocking Peoples Democratic Party. The two major factions have continuously attributed their woes to us at different times and this speaks volumes of how empty they are as a party and that indeed, they have run out of deep thoughts and critical thinking that can put the party in the right position among its peers in the state.

“You will all recall that since the beginning of their leadership tussle, particularly the chairmanship issue which has been changed for five times, various interest and opinion moulders within the party have been pointing accusing fingers at us.

“For instance, when an Ikirun State High Court reinstated, Soji Adagunodo, after his sack by the national leadership of the party, as the PDP Chairman in the state, the other faction alleged that we (APC) used the state apparatus to protect Adagunodo. However, now that a superior court said otherwise, the same Adagunodo is crying foul, you can see that their thinking fails critical analytic test.

“The truth is that, PDP from national to the grassroots lacks direction and they are not prepared for the situation they found themselves, neither are they ready to learn from us, hence the present show of shame.

“They are used to moneybag politics, mishandling of state resources for their selfish interest, forgetting that such day exists when they won’t have access to public pulse.

“We believe wholeheartedly in the democratic ideals that put an opposition party as not just an important integral part of democracy but also being an indispensable entity that put the government of the day on toes. It is obvious that the major opposition in the state has left these crucial functions undone.

“The idea of blaming us for their woes should stop henceforth. The people of Osun must have seen that PDP is not competent enough to manage the affairs of the state.

“Going by our antecedents and performance in Osun with the way Governor Adegboyega Oyeyola is getting things done appropriately, beyond 2022, our party’s flag shall be kept flying in the state.”

Attack on Adeleke: Omisore’s Invitation Is In Order – Osun Govt.