The Osun Council of Nigeria Union of Journalists (NUJ) on Monday elected new executives to run the affairs of the union for the next three years. Kehinde Ayantunji of Osun Defender newspaper polled 186 votes to emerged chairman, defeating his only rival , Mr Dele Ajayi of Uniq FM,who polled 62. Mr Wasiu Ajadosu of…”
Yusuf
featured Osun 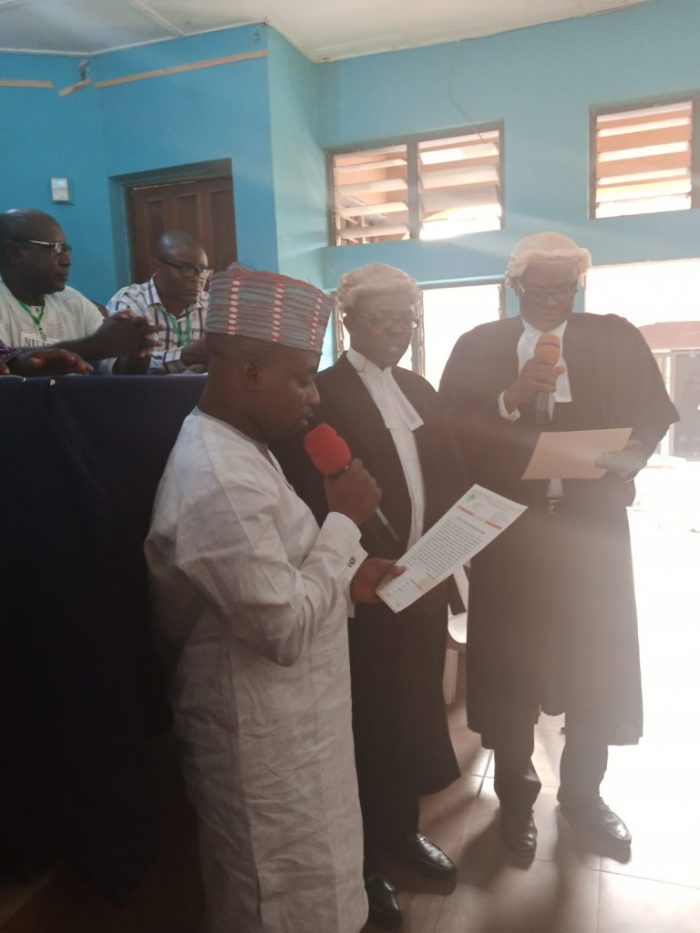 The Osun Council of Nigeria Union of Journalists (NUJ) on Monday elected new executives to run the affairs of the union for the next three years.

Elufaddejin polled 130, his closet river , Aboderin polled 80 while Lateef had 36.

The swearing in of the new officers was  conducted immediately by Barrister Oyesiku Adelu in the presence of National Vice Chairman B zone, Cosmos Oni among others.

Reacting to his victory, Ayantunji promised to raise the tempo of honour and uphold sanctity, just as he vowed to uphold the constitution of the union during his tenure as well as treat all members with fairness and equity.

Ayantunji, who had steered the sheep of the union for over about eight months reiterated his commitment towards raising the bar of the union in the state as well as conscious protection of its sanctity.

He further assured members of the union that his leadership would strive assiduously to strengthen career progression and institutionalise professionalism, if given opportunity to further serve the union.

The Osun NUJ Chairman maintained that his administration in the last one year had engendered industrial cohesion without compromising the integrity of the union, as he promised to enhance capacity building for the purpose of sustaining professional competence of members in the face of technology -driven media.

Officers returned unopposed in the new executive were Lawal Ademola;?Treasurer and Alhaji Abdulrasak Alege who is now the Internal Auditor of the NUJ in Osun.