The Nigeria Security and Civil Defence Corps (NSCDC) Osun Command, has secured the forfeiture of three (3) tankers with registration numbers: XT 985 MUS (LAGOS), FST 460 XA (LAGOS) and FST 709 XB (LAGOS) at the Federal High Court, Osogbo. This was revealed in a statement by the State Commandant, CC Emmanuel Ocheja, through the…”
Olamide
Crime News Osun 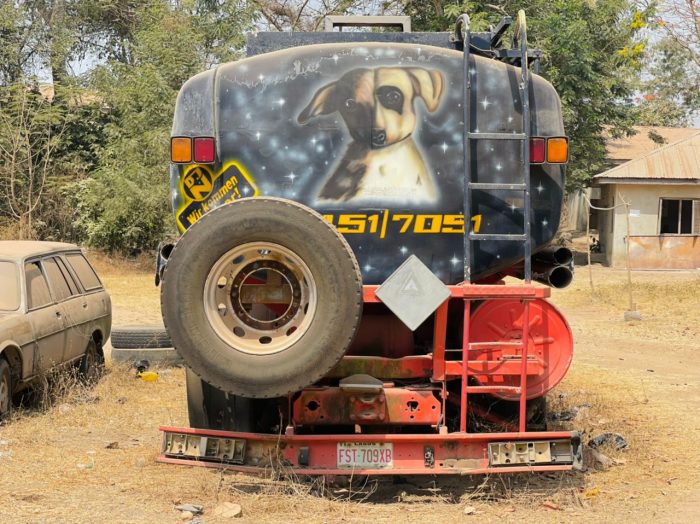 This was revealed in a statement by the State Commandant, CC Emmanuel Ocheja, through the Command’s Public Relations Officer, Assistant Superintendent of Corps II (ASC II) Atanda Olabisi at the State Headquarters in Osogbo on Monday.
It was gathered that the Ruling was delivered by His Lordship Hon. Justice N. Ayo-Emmanuel of the Federal High Court, Osogbo Judicial Division, on 9th February, 2022. He ordered the forfeiture of aforesaid tankers which are exhibits in the instant case and presently in the custody of the Nigeria Security and Civil Defence Corps, to the Federal Republic of Nigeria and also ordered the auctioning of the aforesaid Tankers by Licensed Auctioneer to the members of the public while the proceeds, after the deduction of the expenses incurred, be paid into the Federal Government Treasury.

Hon. Justice N Ayo-Emmanuel also ordered the Nigeria Security and Civil Defence Corps, Osun State Command to discharge and destroy the adulterated Automotive Gas Oil (Diesel) contained in the compartments of the aforesaid forfeited tankers in the way and manner it deemed fit in the circumstances.

The forfeited tankers have been in the custody of the NSCDC, Osun State Command as exhibits since 10th November, 2013, when the Respondents were arrested.
The Defendant/Respondents were investigated and promptly arraigned in court under Section 1(17) & (18) (i) of the Miscellaneous Offences Act wherein they were granted bail and subsequently jumped bail.
The Commandant stated that no matter the antics employed by persons bent on frustrating the policies of government, the arms of the law would get them and justice will be served.