The Commissioner for Information and Strategy in the State of Osun, Mr Adelani Baderinwa has refuted claims by the opposition Peoples Democratic Party that Governor Rauf Aregbesola’s administration spent a sum of N4.6bn on the construction of Trailer parks in the state. This is contained in a statement issued by the Commissioner in Osogbo on…”
Yusuf
featured Osun 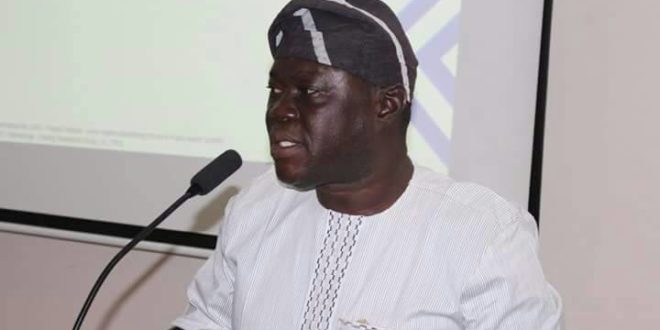 The Commissioner for Information and Strategy in the State of Osun, Mr Adelani Baderinwa has refuted claims by the opposition Peoples Democratic Party that Governor Rauf Aregbesola’s administration spent a sum of N4.6bn on the construction of Trailer parks in the state.

This is contained in a statement issued by the Commissioner in Osogbo on Thursday.

It has come to the attention of the State Government of Osun, the false and unfounded accusation against the noble person of Governor Rauf Aregbesola on the planned construction of four trailer parks in some parts of the state by the Peoples Democratic Party (PDP).

PDP in its usual arbitrary manner falsely claimed that Governor Aregbesola awarded a N4.6bn trailer parks that was not executed.

To set the record straight, the state government wishes to state that no kobo of the state was spent on the proposed trailer parks, the government had no financial commitment to the execution of the contract, and it had been terminated for a very long time.

The contract was awarded on concession to Safeway Track Solution Limited in 2011, following the proposal it presented to the State Government.

The concession agreement was signed on 30th November, 2012. The concession agreement was that the company was going to be fully responsible for the project financing; therefore, the government had no any financial commitment to the project. And all necessary facilities would be provided by the company in each of the parks that were to be built in Osogbo-Ikirun road, Osogbo-Iwo road, Osogbo-Ilesa Road and Osogbo-Akoda road.

The only commitment of the state government to the planned park was the provision of Land which was provided to the Safeway Track Solution Limited by the Ministry of Works. The total cost of the contract was N4.6bn, including the value of the provided land which was N320 million.

It is on record that the contractor worked for sometimes before challenges set in, which prevented further work on the project sites. Base on the inability on the failure of the concessionaire, the government terminated the contract. That is the facts of the contract.

The PDP had been known for mischief, frivolous allegation and deceit. The party has failed in its deliberate attempt to misconstrue the concession agreement of the planned trailer parks. The PDP knows the fact, but yet went ahead to be telling cheap lies. It amounts to irresponsibility and outright absence of conscience for the PDP to be misinforming the general public. This is not how to do opposition; it is simply a dubious character.

The administration of Ogbeni Rauf Aregbesola has been transparent and prudent on contract award of contract and the governance issues. He has been able to manage the meager resources of the state for unprecedented and surprising development of the state. It is worthy of note that Osun did not witness any meaningful development when the PDP government that got huge amount of money was managing the affairs of the state. We urge the PDP to stop this campaign of calumny and fruitless effort to smear Aregbesola’s good image.

No matter how devilish they could be, the people of Osun have chosen to continue to supporting the government of the All Progressives Congress (APC) and the Aregbesola’s administration. The PDP should for once live a truthful life.

Adelani Baderinwa
Commissioner for Information and Strategy
State of Osun