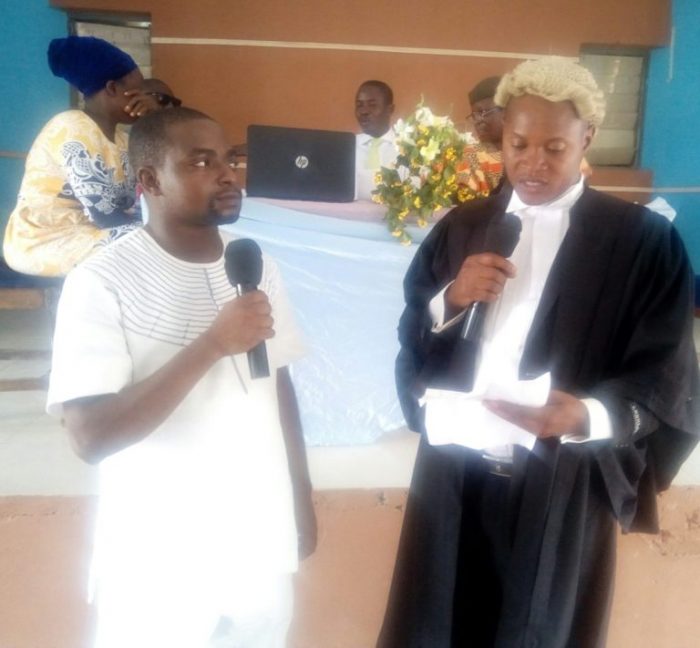 The Nigeria Union of Journalists (NUJ) Osun State Council has ratified and sworn in Comrade Kehinde Ayantunji as the substantive Chairman of the Union. The union three men credentials committee under the supervision of the NUJ national secretariat headed by Comrade Yemi Akintunde of the Nigeria Television Authority (NTA) said the committee have examined their records and found then qualified for the offices.

Ayantunji in his acceptance speech lauded the performance of the immediate past Chairman Abiodun Olalere who he is succeeding and promised to build on the achievements recorded in the last five years as a member of State Working Committee of the union.

He promised to always promote the professional and industrial interests of the members and solicited for their support in piloting the affairs of the union.

The office of the chairman became vacant following the resignation of the immediate past chairman to contest for the National President of the Union.

Ayantunji a renowned human right activist and student unionist has served as Vice Chairman for 5 years before he became the chairman.