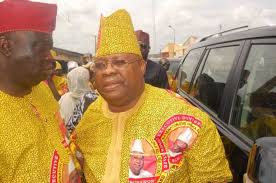 Osun-West bye-election election winner, Mr Ademola Adeleke has been sworn in as Senator of the Federal Republic of Nigeria.

Mr. Adeleke, younger brother of the late incumbent, Isiaka Adeleke, contested the Osun West senatorial bye-election, held last Saturday, on the Peoples Democratic Party’s ticket. He defeated Mudashiru Husain of All the Progressives Congress, winning in nine of the 10 LGAs that constitute the senatorial district.

Adeleke was administered his oath of office Wednesday by the clerk of the senate, moments after Senate approved the votes and proceedings of the previous day’s business.