..…As second phase kicks-off, to empower 30,000 farmers The State of Osun Broiler Outgrowers Production Scheme, OBOPS, has produced at least 5 million birds in the last three years, the scheme managers have said. Revealing this over the weekend, Mr. Kolawole Oginni who is the facilitator of the second phase of the scheme stated that…”
Editor
Agriculture Economy featured News Osun 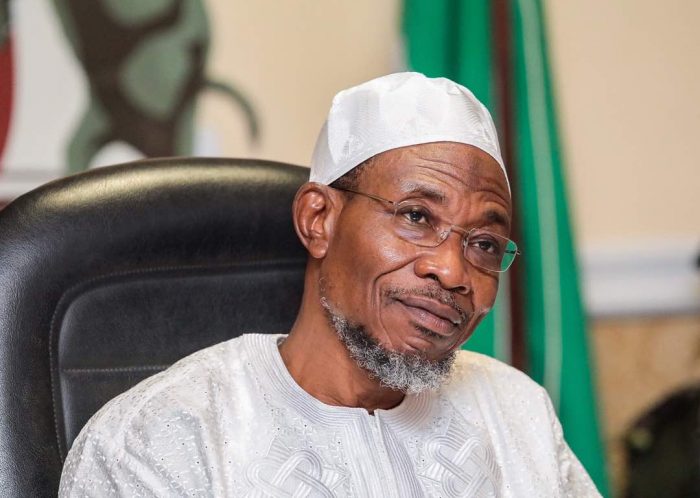 The State of Osun Broiler Outgrowers Production Scheme, OBOPS, has produced at least 5 million birds in the last three years, the scheme managers have said.

Revealing this over the weekend, Mr. Kolawole Oginni who is the facilitator of the second phase of the scheme stated that OBOPS has placed Osun among states with relatively high production in poultry business in Nigeria.

He disclosed that Amo Byng Poultry Farm have been saddled with the responsibility of stocking day-old-chicks and appropriate feeds to raise the birds to maturity through a bank loan, after which the anchor farm buys back from the participants.

Mr Oginni stated that the second phase of the scheme is a Public-Private Partnership scheme designed to facilitate poultry farming within the State of Osun.

While reviewing the selection process, Oginni said the scheme is open to poultry farmers in the state with 2,000 capacity pens and bio-security facilities in place which includes perimeter netting and well closed entrance.

Oginni who lauded the state government for its successes recorded in several agricultural intervention programmes, said the first phase of the scheme recorded a huge success as about 768 farmers were engaged, cash profit paid to farmers stood at N785millions as well as making over 120 broilers farmers who keyed into the initiative millionaires.

“The OBOPS II pilot scheme which initially engaged 15 poultry farmers has now grown into 100 farmers across the 30 local governments and 32 local council development areas with 2,000 day old chicks given to each farmer.”

Oginni further revealed that efforts are on to increase the 3.7 tonnes of feed given to farmers presently as well as the development of more suitable approach to reach the hinterland by engaging more people from the grassroots and turn OBOPS II into a legacy programme which subsequent governments will emulate.

According to him, the programme is a continuum to ensure that development drive of government is met and achieved.

“The first phase was successfully facilitated with capital outlay of about N500 Million from the State Government. Up to 1,500 poultry farmers participated and up to 5 million chicken birds were successfully produced within 3 years.

“Constraint faced by paucity of funds lead to the state’s desire to facilitate same program with Small and Medium Enterprise (SME) Loan facility. Up to 30,000 farmers participation evenly spread across the State is anticipated.

Recall that the first phase which made over 120 millionaires was sponsored by the Osun state government and anchored by TUNS farm.

Mr. Oginni further revealed that for interested participants, “2,000 birds capacity pen is required for each farmer. They will be provided with all necessary facilities like drinkers, feeders, and hygienic source of water etc.

“In broiler’s production today Osun is rated second to Oyo state in the country with plans to engage over 30,000 poultry farmers and have the scheme spread to every home in no distant future.

“The selection is open to all poultry farmers in the state and only requires farmers to provide a 2,000 capacity pens with basic facilities to avoid high mortality rates. The government liaises with loaning banks to fund supplies such as day-old-chicks, vaccines, feeds, technical assistance and above all buy backs the final output.” Mr. Oginni stated.

INTERVIEW: Any Writer, Scholar That Fails To Speak The Truth Does Not Deserve The Title – Haneefah