The eulogy, praise and the recognition that has come the way of the Governor, State of Osun, Ogbeni Rauf Aregbesola from home and abroad in recent times has been described as a welcome development. The Osun state APC on Saturday submitted that what Aregbesola has achieved in the state of the living spring, will outlive…”
Yusuf
featured Osun Politics 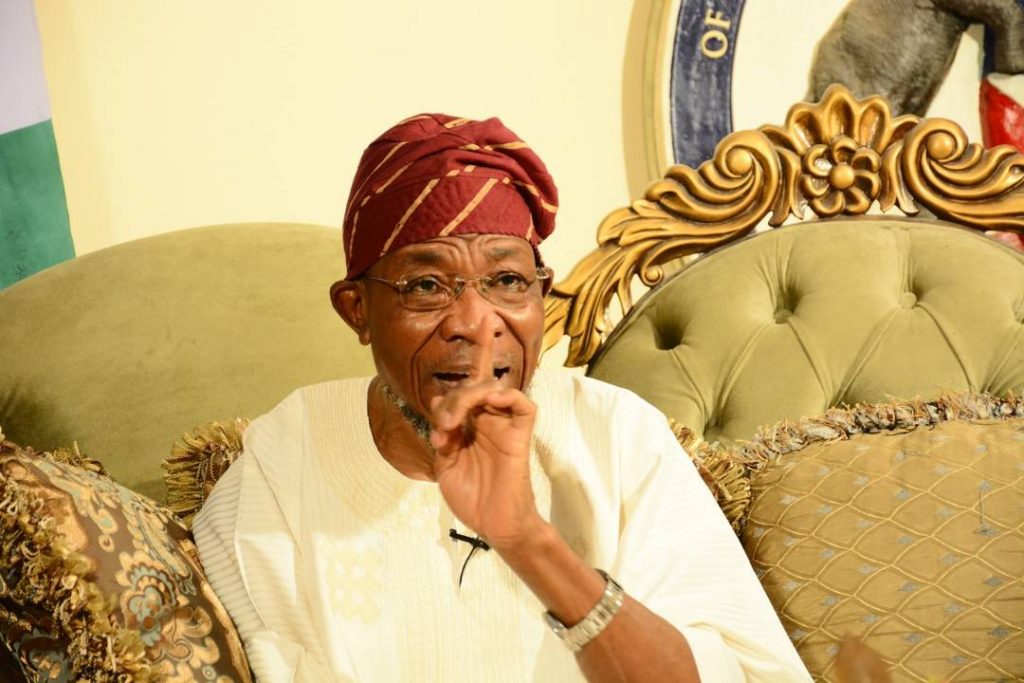 The eulogy, praise and the recognition that has come the way of the Governor, State of Osun, Ogbeni Rauf Aregbesola from home and abroad in recent times has been described as a welcome development.

The Osun state APC on Saturday submitted that what Aregbesola has achieved in the state of the living spring, will outlive his critics submitting that those who irrationally condemn the governor may actually be intellectually challenged.

Director, Publicity, Research and Strategy, Barr. Kunle Oyatomi in a statement made available to newsmen referred to the critics and members of the opposition as politicians acting in a politically irresponsible way, feigning ignorance and denying the facts and the available demonstrable and clear evidence.

‘And the pleasant surprise, or some may say irony, is that Aregbesola is being singled out for those things he has done which the PDP and the other critics had vehemently denied and claimed it did not exist at all, it is also strange that on the one hand, the position of the opposition is that

Aregbesola has done nothing whatsoever to improve the lives of the people and on the other hand, they shamelessly threaten to either stop, demolish or suspend every project which in their reckoning is too ‘sophisticated’ for the people of Osun state. They also claimed that the state has been the “worst” for it since the Aregbesola-led APC government came into power seven years ago. However, only last Thursday, the Yoruba Professionals, home and abroad, declared Ogbeni Rauf Aregbesola as the ‘Best’ performing governor for the year 2017.

This should make the PDP bury its head in shame because these set of people are not simpletons like most of the Aregbesola’s critics, but rather professionals with stable minds, depth of scholarship and a comprehensive understanding of what it takes to adjudge a governor the ‘best’ among his colleagues’ the party stated.

The party further said that it was not surprised that the state PDP has been unusual silent since the Award was made public, the opposition party according to the APC, possibly realized what further damage a negative comment would do to the party’s already rotten image as liars, falsifiers of data and the people in denial of what stares them in the face.

‘Anybody who has not read the reasons the Yoruba Professionals gave for bestowing the award on Governor Rauf Aregbesola will do himself or herself a lot of good getting that done and those who had already done that may also take a second look at it. It was not a sentimental exercise the group had a goal in mind to award excellence its due, after vigorous assessment of the empirical evidence on ground.

As professionals, they acted professionally. It will be interesting to read or hear (or both) from the PDP what demonstrable evidence they will advance against the judgement of the Yoruba Professionals. One thing is sure though; the submission made by the professionals among others, will certainly lead the debate in the run-up to the governorship election in September’ Oyatomi said.

JUST IN: Buhari Planning To Jail Me – Obasanjo