The head of the transition Committee of the Peoples Democratic Party (PDP) in the State of Osun, Dr. Muyiwa Oladimeji, in a depth discussion with Yusuf Oketola, examines landmines laid, problems and prospects ahead of the incoming administration of Sen. Ademola Adeleke which takes over in nine days to come. Excerpt: PROFILE Dr. (Hon) Muyiwa…”
Yusuf
featured hero Osun Politics 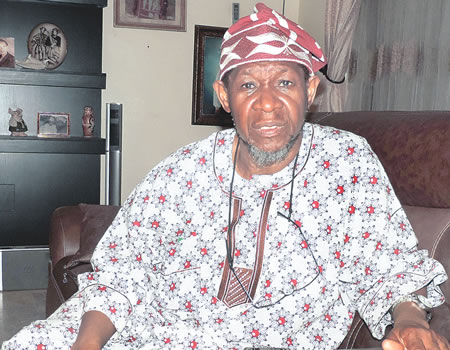 The head of the transition Committee of the Peoples Democratic Party (PDP) in the State of Osun, Dr. Muyiwa Oladimeji, in a depth discussion with Yusuf Oketola, examines landmines laid, problems and prospects ahead of the incoming administration of Sen. Ademola Adeleke which takes over in nine days to come. Excerpt:

Today, Oladimeji is the Chairman,Transition Committee of the Governor-elect of the State of Osun, Sen, Ademola Adeleke, who will assume office on November 27. In 1991, Oladimeji joined the Social Democratic Party (SDP) and won the election to the House of Representatives, where he became the Chairman of the House Committee on Health and Human Services. He was very active with others in the pro-June 12 struggle which led to the bombing of his Abuja house by suspected Abacha boys.

Dr. Muyiwa Oladimeji is very upbeat about the prospects of the incoming Adeleke administration which will be inaugurated on Sunday, November 27, 2022. He is emphatic that, “the people (of the State of Osun) should expect good governance.”

Defining good governance, Oladimeji believes that the central factor of a good government is the welfare of the populace. Important to this, in his opinion, is ensuring that employment situation is improved upon. A lot of other social welfare facilities, such as healthcare and education should also be made available.

On education, Oladimeji said: “Recently, Osun State was classified in some media as extremely bad in WAEC. The moment any South-West state comes 30th in position, it means it is extremely bad.

“I remember when my kids were to get into university after JAMB, South-West was rated as highly educated. Now WAEC says that Osun State didn’t do well. They are not in the top 10 as far as I’m concerned.

“That’s horrible and I know Senator Ademola Adeleke is very depressed at such news because he knows we have the potential, the capacity and possibilities to do a lot better than that. That is what we are going to do”.

On the health sector, Oladimeji is of the opinion that some of the hospitals in the state are quite alright. However, what makes a hospital is not just the building but the facility and the people that are there.

“Of course, food is essential. The administration of Sen. Ademola Adeleke is going to pay premium attention to food production in a way that will encourage people to go to the farm.”

Oladimeji pointed out that in the past before the dominance of oil income, “The South-West region was the most prosperous area of the nation. It was from cocoa money that Cocoa House was built and that was the first skyscraper in Nigeria.

“Nigeria was number two in cocoa production then. Now, Ivory Coast has overtaken us, Ghana and other countries have left us behind. The South-West is now not doing better than other areas of the country. This is ridiculous.

“That is because many of the cocoa trees our farmers depend on are as old as their children. That means the production will be less. Whereas, in this modern day, bio-technology has produced cocoa seedlings. You can buy cocoa seeds and in the next two years you are able to harvest.

“If money and time are invested in this area, a lot of people will be employed and it will generate funds for the state.

“Commodities board type activities will be induced to ensure minimum guaranteed farm-gate price and off-taker mechanisms to ensure higher price for the farmer leading to greater production”.

The transition Committee Chairman is acutely aware of the precarious financial situation in the country and internationally. He knows that there are going to be great fiscal challenges ahead.

He said: “There are challenges because of the present situation worldwide. At home, the challenges are based on the very inept Federal Government which has been most inefficient. There would have to be a robust intellectual rapport and discussion with economists and industrialists.

“In doing so, we will be able to fashion a way out even with the paucity of resources available. We also know that the present Governor Adegboyega Oyetola’s government which will become the immediate past administration has been laying traps which I call political landmines for our administration to make life difficult for us.

“They didn’t remember that they needed to employ people and without employing them, they still owe pensioners quite some money. Yet, in the twilight of their administration, they are employing thousands of people, backdating some of the employment letters among other things.

“This Oyetola’s administration is laying its own booby traps. I am very hopeful that Sen. Adeleke will overcome these challenges with time and cooperation and with prudent government.

THE DILEMMA….. Technocrats or Politicians?

Dr. Oladimeji spoke about the formation of Sen. Adeleke’s administration and the quality of people to engage in the running of the state’s affairs. Asked whether politician or technocrat will be engaged, the Chairman of the Transition Committee said: “The dilemma will be resolved because Senator Ademola Adeleke is going to put round pegs in the right holes. That is what I can assure you of. Whether they are politicians or technocrats, he will surely put the right people in the right positions”.

WORK OF THE TRANSITION COMMITTEE

Illuminating on the work of the Transition Committee headed by him, the former Chairman of Ladoke Akintola University of Technology Teaching Hospital said: “We have made recommendations to the Governor-elect and he is the only one that can reveal what is in the report because they are some hard facts in the report that we are unable to establish.

Oladimeji stated: “Oyetola didn’t let any of his functionaries to meet with us. For example, LAUTECH has been ceded to Oyo State. It was a joint heritage, Osun/Oyo. Having served as chairman in the teaching hospital, I was privileged to know some of the things that are going on there.

“For example, we should know how much we ceded the institution to Oyo State for, how much has Oyo  State paid, how much is left or have they paid everything?

“These are issues that only the government functionaries can answer. That is just one example out of many. We also have issue of World Bank loans. How much we have paid and what is left to pay. These are reasonable issues which an incoming government should raise. Nevertheless, when Senator Ademola Adeleke is sworn-in, we will be able to get some of these facts from the head of different agencies.

Osinbajo Represents Nigeria At The UN Climate Conference In UK