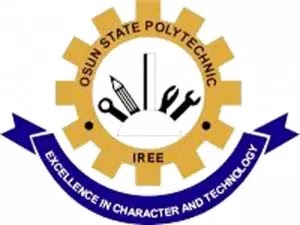 Some of the newly-admitted students of the Osun State Polytechnic, Iree have been rushing for the payment of their acceptance fee to be able to meet up with the time frame for the exercise.

According to Afolabi Segun, a computer operator, the business is booming, as students were coming in large number for the printing of original admission letter from JAMB and also the school admission letter.

He said he has been getting more customer, particularly of recent when the institution’s management released the second batch of HND admission list and the ND second Batch.

One of the newly-admitted students, Joshua Oladele noted that the workers of the institution Microfinance Bank have been working hard to attend to the students.

Another newly-admitted student, Babatunde Tobiloba appealed to the Governor-elect, Gboyega Oyetola to help address the management of the institution for the total reduction of tuition fee.