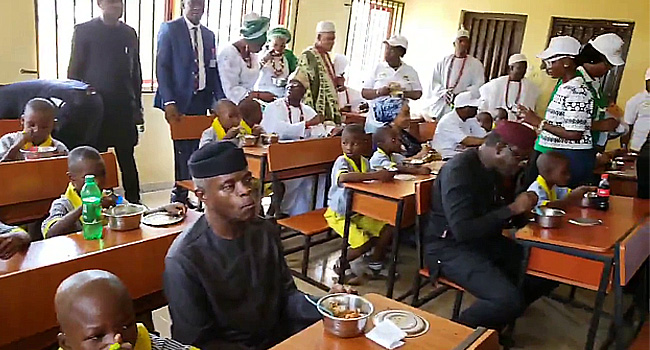 According to the Senior Special Assistant to the Vice President on Media and Publicity, Laolu Akande, Ekiti State is the 31st state where the programme is launched.

He also shared on his official twitter handle @akandeoj a video of the Vice-President eating lunch with the school pupils.

Fayemi in his speech described the Homegrown Feeding initiative as a lovable social investment which has always been one of the hallmarks of his administration’s agenda.

He added that the programme has great multiplier effects intellectually and economically as two thousand people are already engaged to meet the feeding requirements.