This is such an entertaining time to be an avid follower of Nigerian politics. The word ‘entertaining’ has been deliberately chosen. It is not an intellectually stimulating or politically refreshing or ideologically renewing time to be Nigerian and politically conscious. But, surely, until another four years, Nigerians are not going to get the regular doses…”
Editor
Op-Ed 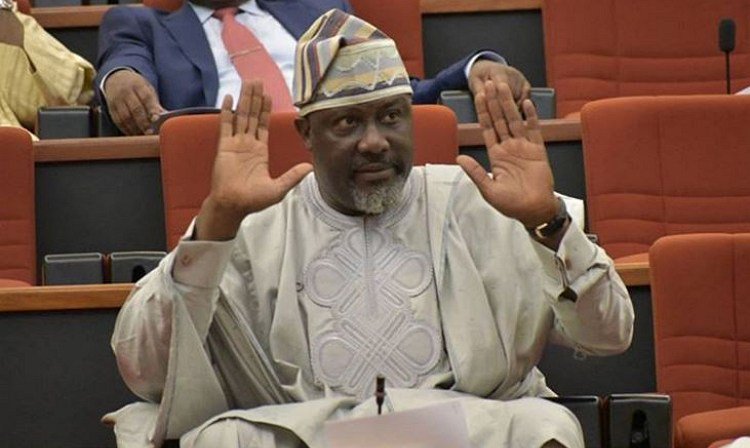 This is such an entertaining time to be an avid follower of Nigerian politics. The word ‘entertaining’ has been deliberately chosen. It is not an intellectually stimulating or politically refreshing or ideologically renewing time to be Nigerian and politically conscious. But, surely, until another four years, Nigerians are not going to get the regular doses of political entertainment available from now till the February 2019.

In a country where there is so much to be sad about, it is somewhat ironical that politics rather than comedy offers the escapism in which Nigerians can temper their suffering with smiling. For once, one is tempted to give full credit to politicians; if they cannot enliven the people through the front door with their performance in public office, it is probably ingenious of them to at least be doing it backdoor through a series of pre-election soap operas. The only problem is they’re passing off these soaps as reality. And, oh, there’s one more: if you must lie to the people, you must at least fine-tune it again and again, and all over again; you have to do it in such a way that there aren’t shallow holes, in such a way that the people know that you considered them intelligent enough to have taken the greatest detail in perfecting your lie. Over the last week, two politicians assaulted our collective intelligence.

One was Samuel Ortom, Governor of Benue State. After Ortom has served a second governorship term — if the people vote him in next year or if he is able to rig himself in — let’s hope he doesn’t follow the rudderless migration of ex-governors to the Senate. I’d like to see Ortom in Nollywood. Based on Wednesday’s events, I’m convinced His Excellency has an unexplored career in acting.

In his mind, Ortom thinks he managed to deceive us all. As live media coverage showed, hundreds of youth barricaded the Benue State Government House, preventing him from travelling to Abuja to attend a reconciliatory meeting with the All Progressives Congress (APC). They said the only way he could travel was for his car to overrun them; his security battled these UNARMED demonstrators for hours but the youth won. Interesting!

Since Ortom couldn’t find his way through the blockade, he made a U-turn to the State House for a meeting with councillors and local government chairmen during which he announced his defection to the Peoples Democratic Party (PDP). Three rounds of clap for Mr. Governor, please.

It’s a no-brainer that everything in the media about this event was stage-managed; it was faked. How can a governor’s security fail in clearing an unarmed crowd out of the way? If Ortom was to attend a meeting where his political future would be determined, would a crowd of unarmed loyalists have stopped him? His men would probably have fired a few teargas canisters in the air and the entire Government House entrance would be free in 60 seconds.

More importantly, how did this crowd get wind of the proposed trip? And how were the councilors and LG chairmen sat in his office less than an hour detouring from the gate to his office?

If Ortom was determined to leave the APC, he should simply have been man enough to tell Adams Ohiomhole and co in Abuja that he had no appetite for their meeting. Period. That’s what brave men do. This kind of cowardice and support faking shows he is not one inch better than the APC leaders he’s ditching or the rejects he’s reuniting with in the PDP. By that arranged demonstration, Ortom sends us another reminder that APC and PDP are birds of a feather, one not in any way better than the other.

As Ortom’s soap was ending, Dino Melaye, the Kogi West senator, began his, his mouthpiece for the occasion, Ben Bruce, announcing on Twitter that one of PDP’s newfound brides had been abducted. It turned out to be one of the worst-planned abductions in national history.

First, Melaye’s abduction happened hours before his scheduled arraignment in court for alleged gunrunning, and his freeing hours after. The senator’s brother broke the news to Bruce but not to the Police; Bruce himself broke the news to media houses, via his official Twitter handle, but didn’t go to the Police either. Bruce must have been so important to Melaye, or Melaye to Bruce, that he was the one Moses Melaye called up, but strangely Bruce was in such jolly mood two hours later that he was tweeting about China and India and Nigeria’s population! How could Bruce have been so heartless not to have been sobered for at least a full day by the abduction, with the possibility of harm, of his friend?

By Bruce’s account, Melaye was kidnapped on Thursday morning “by unknown persons in a Toyota Sienna that blocked their car and overpowered them on their way to Kogi” to defend charges of gunrunning. But by the account of Yemi Mohammed, who stood in for Mike Ozekhome (SAN), Melaye’s lawyer, the senator “was attacked in Gwagwalada on Wednesday on his way home from the [Abuja court”. One abduction, two versions.

Miraculously, the following day, hours after his scheduled arraignment, Melaye regained his freedom. On Twitter, he thanked God “once again for escaping another dangerous attack”, announcing that he “spent 11 hours in the wilderness traumatized”. Three days after regaining freedom, Melaye still hasn’t explained how exactly he was kidnapped, and how exactly he was freed.

There will be many more Ortom-like and Melaye-esque moments with the hotting-up of 2019 politicking. While these moments will offer us ephemeral laughter and entertainment to temporarily distract us from the real issues, we must never overlook the ultimate lesson: our political space is populated by jokers and our democracy is still a ‘fuji house of commotion’. Next year makes our 20th year of interrupted democracy yet our democratic maturity is still infantile. Nigerian politics is in dire need of men of substance; unfortunately, 2019 has come too soon.

Soyombo, former Editor of the TheCable and the International Centre for Investigative Reporting (ICIR), tweets @fisayosoyombo

The Railway Revolution We Need – By Senator ‘Gbenga Ashafa

Truth Of The Matter With AYEKOOTO: Enigmatic Akanbi

Politicians, Civil Servants And The War Against Corruption By Subomi Olumide