By Sodiq Yusuf Women are essential ingredients of politics. They are of key, active and immense need; and are a cogent part that drive the major components and game of politics. With the dictum, women are the salt of life where they add spice to everything in life, so is their unequalled role in politics….”
Yusuf
featured hero Op-Ed 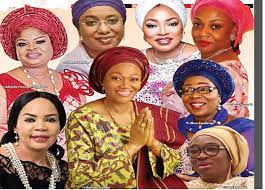 Women are essential ingredients of politics. They are of key, active and immense need; and are a cogent part that drive the major components and game of politics. With the dictum, women are the salt of life where they add spice to everything in life, so is their unequalled role in politics.

Although, they are not holding most top offices in the Nigerian political space, those of the women folk with their God-given abilities contribute in no small measure to the success of both political parties and their gladiators.

Minister of Interior, Ogbeni Rauf Aregbesola in his remarks about the role of women in politics opined that, “Women are key components of governance, they are of immense importance. They are the instruments with which political battles are fought and won. Women are more loyal than their male counterparts. They are most times more reliable than men.”

These assertions by the former helmsman of Osun speaks volume of the crucial attributes embedded in women if they participate actively in the politics of their immediate and external environment.

Also worthy of mention was the spirit of courage, dexterity and performance with which the former Minister for Information, Late (Prof.) Dora Akunyili served the nation diligently as a member of the Federal Government’s cabinet and the Director General of NAFDAC and other women who have distinguished themselves in public and private service.

With their important contributions to nation building and all round development of the society, women are still lagging behind in participating actively in the politics of their locality. In the State of Osun created three decades ago, there has not been a definite large number of women in politics. Aside being deputies, commissioners and local government political heads, there has not been a sizeable number of them in political posts except at the local level.

Aside holding political positions, women are also key to the smooth running of the political process as to being members of political parties and voting during elections.

According to a report by the Independent National Electoral Commission (INEC) on 2015 election, about 18 local governments had a low turnout of women participation in their electoral process based on their Permanent Voter’s Card (PVC) collection and their voting strength.

The most interesting part I understand about these areas is that they have a great deal of women who have collected their PVCs but do turn out to be the part of Voter Apathy on Election Day.

With political parties and their strategists finding ways of pushing women to political participation, especially in the 2023 general election, serious parties must see the need in attracting more of the women folk to their fold.

In our society, what we have is that most women of electoral age have PVCs with them. They keep and guard it jealously but do not use it during the polls. Voter education is the solution to all these. Even as fragile human beings who disassociate themselves with violence that characterises our political setup, they must still find time to decide the future of their children by electing credible leaders.

At every point where they are most found especially in markets, the gospel of political participation must be preached unto them. Political canvassers are highly needed here, these women will come out and secure more votes for their parties.

Effective monitoring for them is also essential for them to vote properly and identify the veritable candidates from them to choose to avoid any form of electoral lapses and brigandage.

And the onus finally lies on the political parties, 35% women affirmative action is not enough. Even with 35%, women in some political parties do not get more than the Women Leader position in many executive committees of their parties. In Nigeria, a major problem is giving them the equal ground to vie for elective positions, all they do is to compensate them with adviser when they stage-manage their primaries and scale them out with the dictum; women are kitchen warlords, they should be in the house while we men go out and play our dirty politics.

Impunity is however not the best of the administrative techniques. Women are essential components of the society and must be given their own pride of place in the scheme of things. All said, Women in championing for emancipation must not forget their roles of keeping the home, monitoring their children to be good members of the society and most importantly, take good care of their Husbands.