By Solomon Odeniyi OJAJA FC, a football club owned by the Ooni of Ife, Oba Adeyeye Enitan Ogunwusi, Ojaja II have won the 2021 Taiwo Ogunjobi Under-17 Memorial Cup. The team defeated Success FC, Ilesa at the final played on Sunday by two goals to one to win the laurel. Also, Ojaja FC won almost…”
Yusuf
Sports 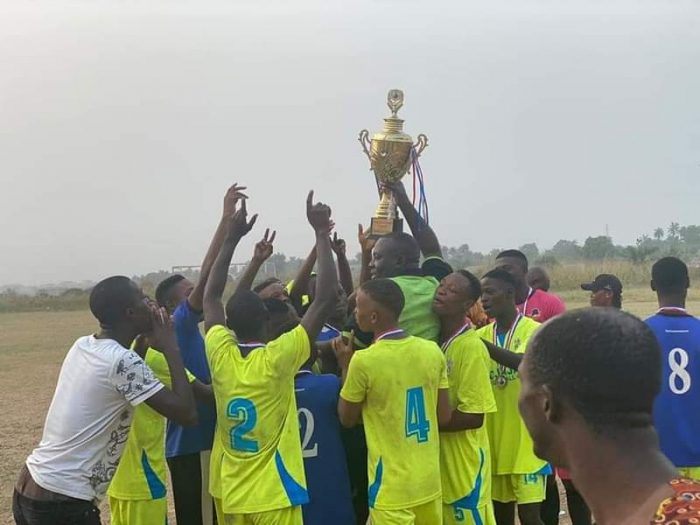 The team defeated Success FC, Ilesa at the final played on Sunday by two goals to one to win the laurel.

16 clubs across the South-West region participated in the tourney held at Ilesa, State of Osun.

Congratulating the team in a statement  by his Director of Media and Public Affairs, Comrade Moses Olafare, Oba Ogunwusi described the tournament as a clear message that the good old days of grassroots sporting activities are gradually returning for the betterment of the country.

He said: “The Ooni accepts the victory wholeheartedly and he has concluded plans to host his boys; the winning team and their officials very soon to wine and dine like they normally do.

“Baba’s involvement in grassroots sports particularly football, is a product of his belief in the fact that countless untapped potentials lie in our local communities. All we need to do is to invest massively in competitions like this and we shall soon have super stars like Jay Jay Okocha, Kanu Nwakwo and Odion Ighalo, among others springing up.

“The Ooni equally commends the organizers of the Taiwo Ogunjobi Memorial Cup for a job well done to preserve the sweet memories of the late sports icon, Chief Taiwo Ogunjobi, including dignitaries like the Assistant Technical Director of the Nigeria Football Federation (NFF), Coach Shiji Lagunju, who presented the cup to the winning Ojaja II FC among other well-meaning football stakeholders.” Olafare said.

Formula 1: Heaven Made In Russia For Mercedes