Oluwole Awotuyi: A Business Magnate And Distinguished Philanthropist Worth Celebrating

By Mukhtar Ajelogbon I’m writing my first article in the year 2023 to acknowledge the role of the ‘overly generous’ person I have come across; an entrepreneur and philanthropist par excellence, whose generosity knows no bounds, whose aim and wealth is for serving humanity. Anyone who knows Senior Apostle Oluwole Awotuyi, would attest to…”
Yusuf
Op-Ed 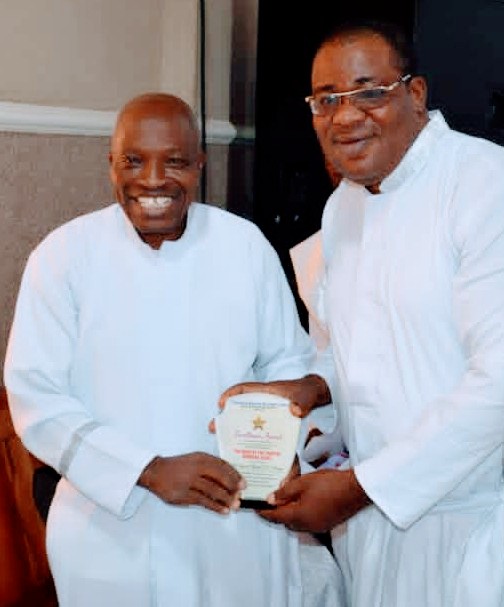 I’m writing my first article in the year 2023 to acknowledge the role of the ‘overly generous’ person I have come across; an entrepreneur and philanthropist par excellence, whose generosity knows no bounds, whose aim and wealth is for serving humanity.

Anyone who knows Senior Apostle Oluwole Awotuyi, would attest to the fact that he has spent a good part of his God-given blessings touching lives. A successful businessman, an entrepreneur of international repute, and an exceptional philanthropist. He has been described variously by people as a man of uncommon destiny and remarkable character. He has created jobs to empower several people where several Nigerians and foreigners are benefiting.

He ventured into business more than 40 years ago and has done remarkably well. Through hard work and tenacity, Awotuyi has built a vast business empire that spans Pharmaceutical, Broadcast Communication, Real Estate, Tourism and hospitality that generates the highest business tax payer and one of the highest employers of labour in Kwara State with numerous awards of commendations and excellence.

His businesses and investments have become major conglomerates in the country today. He has an attitude of humbleness, faithfulness and giving back to society. He has contributed to the development of many communities and individuals across the board. Awotuyi’s antecedent, especially in the aspect of giving back to the society, paved the way for him to be loved and admired by many. His philanthropic gesture, commitment and service through many means like Oluwole foundation among others have made Fiolu’s name to become a household name beyond Kwara that attract every democratically elected governor of the state of harmony since 2007 paying homage to the man who always put God first.

It is good to celebrate heroes, but I’m always an advocate of celebrating heroes while alive, hale and hearty. I don’t want to celebrate the good works of the likes of Awotuyi when they’re not alive.

He touches lives on a daily basis with his unrivaled kindness and uncommon philanthropy attending to the needies in numbers at his famous Fiolu office at Gambari area Ilorin, establishing and expanding businesses for the hopeless people, lifting his numerous workers with lots of ‘packages’, doled out multimillion naira residential houses, cars as gifts to several individuals unexpectedly, sponsoring education of many students within and outside Nigeria, building several houses of Christ, contributing to the development of mosques and elevating men of God across religions.

Walking and mingling day and night among the higher, middle and lower classes of people without bodyguards distinguishes him among his calibers. Truly, doctrine and belief of the Caribbean and Seraphim Movement manifest not only in his physical white garment but spiritual way of life.

If Nigeria will be blessed with twenty of his likes, the future of young people would certainly be brighter in the years to come. He embraces all his subjects and appreciates ideas of which I’m a living witness as one of his numerous staff, so many of these gestures cannot be written here or expressed. He often asked his people to hide his identity whenever his gesture reached where it is expected to. He would say “I did it for the sake of God, and revealing my identity is not necessary”. I know, for sure, that it is only God that will reward his philanthropic gestures here and hereafter.

Oluwole Awotuyi is a great man that words could not describe, this space will not allow me to describe a man with a golden heart like Fiolu.

Thus, I beseech God to endow the Ilorin based Ijesa born business magnate with robust health, limitless wealth, peerless wisdom and protection of Almighty over his household. Amen!

Kaunda, The Last Of The Titans Departs By Rauf Aregbesola