By Sikiru Obarayese Management of Olorunda North Local Council Development Area, organised a special prayer session in honour of the former governor of the state of Osun, Ogbeni Rauf Aregbesola. The prayer session was held at Ota-Efun Central Mosque shortly after the Jumat Prayer in the Mosque on Friday. The Chief Imam of the mosque,…”
Editor
Osun 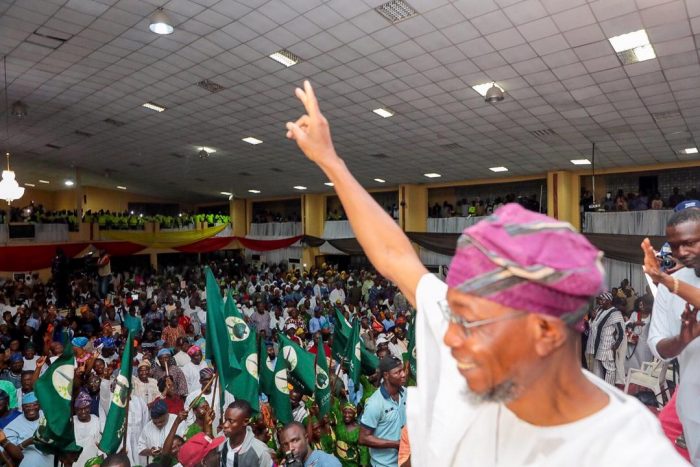 The prayer session was held at Ota-Efun Central Mosque shortly after the Jumat Prayer in the Mosque on Friday.

The Chief Imam of the mosque, Alhaji Abdul-Yekeen Bello, who had earlier in his sermon applauded Aregbesola for his unprecedented performance within the last eight years of his administration prayed for good fortune for the former governor in his life.

He also sought God’s guidance for the new governor, Alhaji Gboyega Oyetola during his administration.

The cleric urged the new governor to build on the template already on ground and consolidate on the ongoing development across the length and breadth of the state.

Chairman of the council, Honourable Quadri Owonikoko and the leader of the parliament, Adewale Omidiran reiterated that Aregbesola’s administration was a paradigm shift from the previous experience in governance of the state.

Owonikoko said, “He has brought live into act of governance by setting standards that is far above average.”

Among those at the event were the vice chairman, Musbaudeen Ajisebiyawo and other members of the parliament including Rachael Babatunde,  Olalekan Lawal, Olayinka Ismail.