The Nigeria Union of Journalists (NUJ), FCT Council, has condemned in strong term the attack on a photo journalist with Daily Trust newspapers, Mr. Ikechukwu Ibe by an Army Captain. This incident happened at the Jabi area of Abuja while Mr. Ibe was on assignment to cover accident around the area. The Army Officer allegedly…”
Editor
News 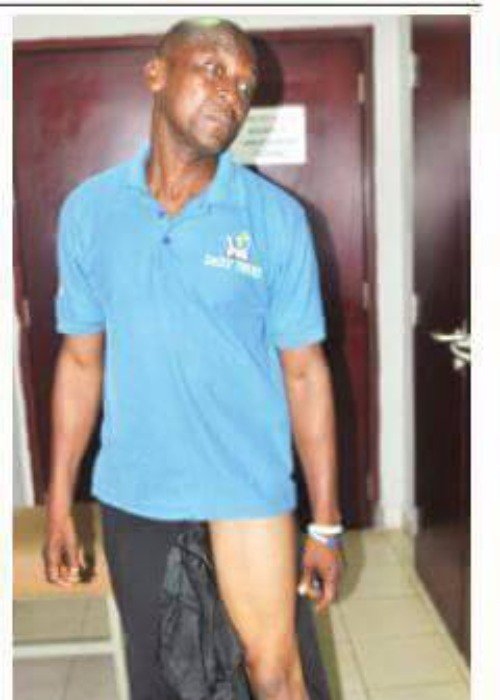 The Nigeria Union of Journalists (NUJ), FCT Council, has condemned in strong term the attack on a photo journalist with Daily Trust newspapers, Mr. Ikechukwu Ibe by an Army Captain.

This incident happened at the Jabi area of Abuja while Mr. Ibe was on assignment to cover accident around the area.

In a press statement signed by the Secretary of NUJ, FCT Council, Rafat Salami, the NUJ, amongst other things, demanded that the officers involved in the “ugly incident” be sanctioned.

“The NUJ to say the least, is disheartened over the ugly incident. Rather than treat journalists as partners in nation building, security agents have consistently treated journalists as enemies who must be crushed.

“More saddening is the fact that the assault took place just as Nigeria is preparing to commemorate the ‘International Day to End Impunity For Crimes Against Journalists’ on November 2.

“This is unacceptable in a civilised and democratic nation where the Rule of Law must be allowed to thrive. It is a clear case of gross violation of the rights of the journalist”, the statement reads in part.

Narrating his ordeal, Mr Ibe said, when he got there at about 3:00pm, he introduced himself to the security men on ground and told them he would like to take some pictures.

He said, when he started taking the pictures, the Army Captain, who wore a camouflage without a name tag and part of the Joint Ministerial Taskforce, which included men of the Nigeria Police Force, Nigeria Security and Civil Defence Corps (NSCDC), Federal Road Safety Commission (FRSC), pounced on him and started beating him up without provocation.

“They collected my camera, broke it and took my memory card which contained the photos that I had taken. They also tore my clothes before bundling me into a Black Maria where I met six other persons.

“I later put a call across to my photo editor and the Daily Trust Editor, who brought a pair of trousers to me at the Life Camp Police station where I was taken to.

“My editors later secured my release and my broken camera was handed back to me without the memory card. However, my Identity card and N3,700 cash in my pocket were not returned,” he said.

As a way of seeking justice for the brutalised Journalist, the NUJ therefore, called on government, “to bring the perpetrators of this dastardly act on this law abiding citizen, who was only doing his job to book”.

The NUJ also demanded immediate replacement of Mr. Ibe’s camera and adequately compensate him for the brutalization meted on him.

The umbrella body of Journalists is also demanding “an unreserved apology from the highest authority, while putting up machineries to prevent future incidences”.

Tinubu: Dangote an Inspiration to Many