The thickest cloud hanging over the candidacy of the presidential nominee of the Peoples’ Democratic Party (PDP) and former Vice-President, Atiku Abubakar, had been that he could not set his foot in the American soil because of pending corruption charges. In attempt to put to rest the dateless allegation, he traversed the Atlantic Ocean to…”
Editor
Op-Ed 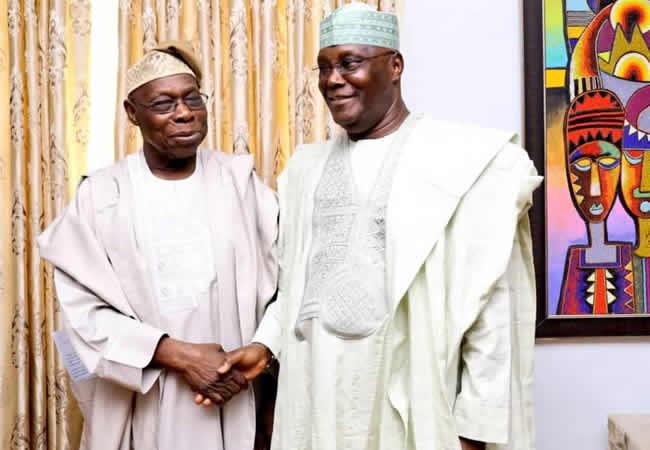 The thickest cloud hanging over the candidacy of the presidential nominee of the Peoples’ Democratic Party (PDP) and former Vice-President, Atiku Abubakar, had been that he could not set his foot in the American soil because of pending corruption charges. In attempt to put to rest the dateless allegation, he traversed the Atlantic Ocean to finally visit the United States of America and came back to Nigeria without qualms. But there are still many rivers to cross.

The title of my first press statement after Mr. Atiku Abubakar (better known as Atiku) became the nominee of his party was: “PDP Nominates An Ageless Suspect For President”. Similar themes followed his nomination from a broad spectrum of the media. Such ridicule was apt. For ages, the man’s name has been synonymous with corruption home and the abroad. The most sensational cum damaging is that the former vice president is a wanted man in America. He is alleged to be a central figure in the infamous Siemens bribery scandal prosecuted by the government of the United States. The connotation is forbidding, a vote killer.

This explains the wild jubilation that greeted Atiku’s return from the USA. Forget the flimsy reasons being offered, the only rationale Atiku Abubakar damned the consequences and landed in America, after 12 years of intense fuss, was to prove that he is not a fugitive after all. Yet, even as this dramatic American sojourn deserves every kudos, there are many more alarming allegations that he has to clear if the euphoria is to endure.

The most notable, of course, is the springboard of Atiku’s corruption woes. That is, how a mere civil servant at the Nigerian Customs and Exercise became stupendously wealthy upon retirement. Nigerians deserve year by year income tax returns, backed with bank accounts, to ensure that his wealth did not spring up from the financial misfeasance that has come to define the activities at the government agency. The public will also like to know the true story behind why the government recently terminated its multi-million dollars contract with Atiku’s company, Intels, accused of collecting revenue on behalf of the Nigeria Ports Authority and pocketing the proceeds. Mr. Abubakar must also fulfil his open promise to provide detailed evidence supporting his claim that President Muhammadu Buhari enriched his relatives to the tune of N1.032 trillion. An open-ended press conference, with advance notice, addressing these ageless charges will go a long way in restoring his battered image.

Atiku’s army of supporters are expected to roar here. They will charge that their principal has equally leveled charges against President Buhari and his government without receiving a worthy response. Like Mr. Abubakar, they will remind us that the ‘he who comes into equity must come with clean hands’, suggesting that Buhari’s war against corruption is not only selective but also lacks in transparency. They can back up their claim with a litany of lingering corruption allegations against President Buhari himself, his relatives, associates, members of his cabinet; and the view that APC, the president’s party, has become a safe haven for corrupt kingpins. Such concerns are in order. Different attempts by the president to put up a defense on the various charges against his government have sounded more corrupt than the alleged acts themselves. And truth be told, only Buhari’s worst enemy can look at him in the face and pretend that the current war against corruption is fair and balanced.

However, Atiku Abubakar needs to recognize that Buhari may not suffer the commensurate consequences soon. There is a prevailing perception premised on the old maxim that half a loaf is better than none. The gist is that Buhari’s war on corruption, no matter how blurred, is far clearer than the effort during immediate past PDP government that Atiku currently represents. The PDP is yet to rid itself of the emblematic image that corruption is way of life. Even worse, neither the PDP, as a party, nor Mr. Abubakar has uttered any word that suggests any serious plan to fight corruption, if elected.

Atiku Abubakar appears humble, seems to have a good understanding of Nigeria’s problems and put forward some reasonable solutions. And he is working hard, as evidenced by the decision to better his image by setting foot in the America soil against all odds. But, as noted earlier, he needs to do much more. There is a prevailing sentiment that any thought of trusting Atiku with Nigeria is a conundrum by itself, akin to expecting a starving dog to safeguard a juicy bone.

SKC Ogbonnia, a former 2019 APC presidential aspirant, is the author of the Effective Leadership Formula*

Nigeria Is A Nation Stuck In Underdevelopment