Arsenal manager Arsene Wenger said on Wednesday he has had no contact with Paris Saint-Germain regarding Alexis Sanchez, who will miss the start of the season through injury. Sanchez, 28, has been linked with a move to PSG, who have just completed a world-record 222 million euros ($260 million) swoop for Barcelona superstar Neymar. But…”
Yusuf
Sports 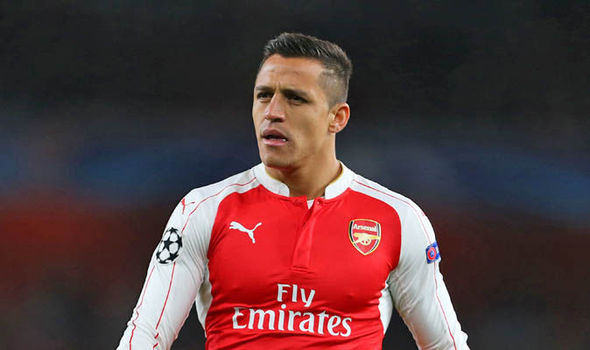 Arsenal manager Arsene Wenger said on Wednesday he has had no contact with Paris Saint-Germain regarding Alexis Sanchez, who will miss the start of the season through injury.

Sanchez, 28, has been linked with a move to PSG, who have just completed a world-record 222 million euros ($260 million) swoop for Barcelona superstar Neymar.

But Wenger said he had not heard from PSG president Nasser Al-Khelaifi and referred to French media reports suggesting PSG are more interested in signing Monaco’s Kylian Mbappe.

“It’s a long time I didn’t speak to Nasser, because it’s certainly very busy to complete the transfer of Neymar,” Wenger told a press conference at Arsenal’s London Colney base.

Asked if he expected Al-Khelaifi to get in touch, Wenger replied: “No, no. I think if you read the French papers, they are on Mbappe’s case to finish their transfer market.”

Wenger was coy, though, when he was asked if any bids had been tabled for Sanchez.

“I can’t tell you that at the moment,” said the Frenchman, whose side open their Premier League campaign at home to Leicester City on Friday.

“I just think we are not open — what I said to you many times — to any offers, anyway.”

Sanchez, who has also been linked with Manchester City, has not played for Arsenal in pre-season after being granted extra time off after playing at the Confederations Cup with Chile.

Wenger said the forward had sustained an abdominal injury and was likely to miss both Friday’s game against Leicester and the trip to Stoke City on August 19.

“He has a little abdominal strain that he caught on Sunday morning in training before he came to Wembley (for last Sunday’s Community Shield),” Wenger said.

“He had a scan two days ago and he’s out for a while. I don’t know if it is two weeks or one more week, but he will not be available. I think he will not play at Stoke, yes.”

Wenger added: “For us, Alexis Sanchez is a loss, of course. But we have all the other players prepared in pre-season and they are all ready.

Speaking after Arsenal beat Chelsea on penalties at Wembley, Wenger revealed he was looking to trim his squad before the transfer window closes, but he said no departures were currently imminent.

“No,” he replied when asked if any players were poised to leave.

“Yesterday I had the managers’ meeting and was talking with the other managers in the other clubs. It looks like everywhere there is many, many players and a bit of congestion at the moment everywhere.”