In commemoration of the 2017 edition of the World Malaria Day (WMD), Total companies in Nigeria, alongside its partners and the Nigeria National Petroleum Corporation (NNPC) in partnership with the Ogun State Ministry of Health, have held a two-day programme to sensitise communities. The programme held on April 24 and 25, witnessed community intervention, focused…”
Yusuf
Oduduwa 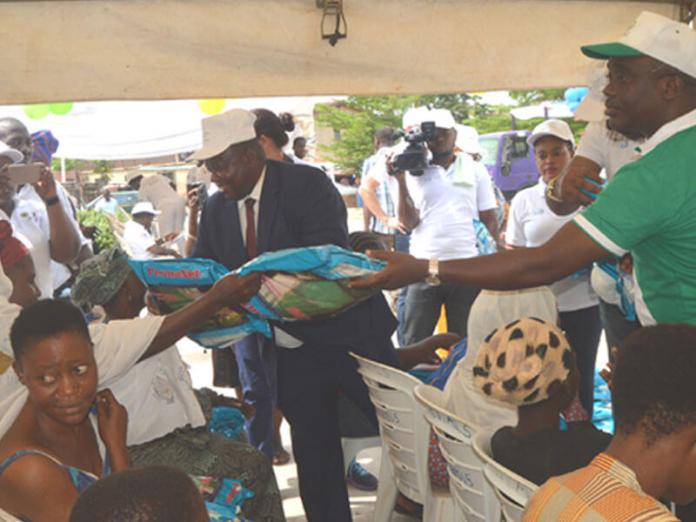 In commemoration of the 2017 edition of the World Malaria Day (WMD), Total companies in Nigeria, alongside its partners and the Nigeria National Petroleum Corporation (NNPC) in partnership with the Ogun State Ministry of Health, have held a two-day programme to sensitise communities.

The programme held on April 24 and 25, witnessed community intervention, focused on malaria prevention and elimination activities including training for community health workers and medical personnel. During the capacity building which held at the Primary Healthcare Center, Ibara, Abeokuta, community-based health workers and medical personnel from were brought abreast of new discoveries in the fight to end malaria, and trained on approved ACT treatment for malaria.

The World Malaria Day was established by the World Health Organisation (WHO) in 2008; since then the Member States earmarked April 25 as an occasion to highlight the need for continued investment and sustained political commitment for malaria prevention, control and eventual eradication.

In line with the global theme for this year’s celebration, ‘End malaria for good’, malaria prevention and elimination, and community-based intervention programmes were held in different parts of the city during the campaign. The national theme for this year is ‘Nigeria: What’s your role?’.

Other highpoints of the activities included distribution of thousands of long-lasting treated insecticide nets were also shared among residents, while rapid diagnostic testing (RTD) for malaria and ACT treatment were carried out on pregnant women, nursing mothers, children and other residents that turned out for the exercise. ACT treatment is the WHO-approved curative treatment for the malaria parasite.

In his keynote address at the event, Nadi who read a joint statement by the Managing Directors of Total Nigeria Plc and Total Upstream Companies in Nigeria, harped on the deadly nature of malaria and reiterated the need for collaborative efforts to end malaria, adding that Total is committed to making positive impacts on the lives of all Nigerians as part of the companies’ Corporate Social Responsibility (CSR) initiative.

“Increased prevention and control measures have led to a 29 percent reduction in malaria mortality rates globally since 2010. This explains why our company is determined to join forces with all stakeholders and other corporate organisations in a push to prevent and eradicate malaria in line with the theme for this year’s World Malaria Day ‘End Malaria for Good.’

In his remarks, Ipaye noted that malaria control requires collaboration between government and the organised private sector, adding that the strategic target of zero malaria death by 2030 can only be achieved if the private sector partners government in the fight against the disease.

“The roll-back Malaria programme, which I was part of at the federal level before I became Commissioner has reduced malaria prevalence by 29 percent. In line with Nigeria’s theme for this year, the role of Ogun State under Governor Ibikunle Amosun is well known. Ogun state is the only state that has a social health insurance scheme. Malaria has been incorporated in the Social Health Insurance Scheme.

“We are pleased to partner Total companies in Nigeria, Development Africa and other stakeholders to achieve a significant reduction in malaria elimination,” Ipaye added.

Meanwhile, the Country Director, Development Africa, an international Non-governmental Organisation, Joshua Kempeneer has called on corporate bodies not to limit their support for the Roll Back Malaria initiative in the country to the World Malaria Day alone, adding that the campaign should be year round if the ultimate goal of eliminating malaria in the country must be achieved.

IPOB: Arewa Warns Against Violence of Other Tribes In Ogun