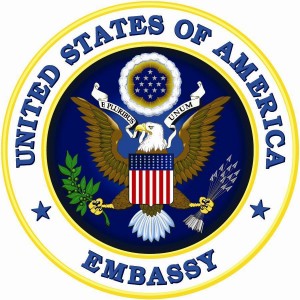 According to reports they want U.S. immigration officials to reduce the foot traffic by screening Nigerians more stringently before granting them U.S. visas. It is a ripple effect that few expected last summer when people, mostly Haitians, began to walk into Quebec via an “irregular” border crossing north of Plattsburgh, N.Y., and seek refugee status.

Recently, the asylum seekers have been mostly Ni­ger­ian, and their route to the border is more problematic, Canadian officials say.

Many Haitians had lived in the United States for years before suddenly learning they would lose their protected status and fleeing north. But many of the Nigerian asylum seekers are arriving in Quebec with recently issued U.S. visitor visas, said Mathieu Genest, a spokesman for Canada’s immigration minister.

“They’re not using the visa for the reason it was intended for,” he said.
Canada is not asking U.S. officials to refuse entry to Nigerians, Genest said. It is seeking stricter screening to ensure that Nigerians who are granted U.S. visitor visas truly intend to return home.

The request is an unsurprising one between two countries that have collaborated for decades on migration-related matters. But it also is a sign that Canada is feeling new pressure on its borders as U.S. immigration and refugee policies shift.

“Instead of Trump throwing us back to Nigeria, we appreciate Canada right now for accepting people,” said one Nigerian man who walked into Quebec in March.

The man, who gave his name only as Isaac, carried a single duffel bag as he prepared last week to move with his family into an apartment in Montreal. Many Nigerian claimants in Montreal will not speak to reporters for fear of jeopardizing their status.

For six weeks, Isaac and his family have stayed at a shelter on the city’s outskirts, a onetime youth detention center that was converted last year into emergency housing for refugee claimants.
“I don’t want to go back to Nigeria,” he said. “Nobody’s safe.”

He arrived in Texas early last year on a visitor visa, he said, with plans to get another kind of visa when it expired or else claim U.S. refu­gee status for himself, his wife and their two young children.

But the election of Donald Trump changed his mind. “He doesn’t want immigrants,” he said. “Canada is open for an immigrant.”

The Canadian government has been trying to tone down its welcoming image — or, rather, to provide accurate information about how it processes refugee claims. Ethnic communities in the United States have been warned that actually winning refu­gee status here is hard.

But the campaign has been ineffective. As of mid-April, nearly 6,000 people had entered Quebec unofficially, three times as many as during the same period in 2017. And in 2017, claims across the country had doubled from the year before.

A complicated web of factors explains why most of the new claimants are Nigerian.

For years before Trump’s election, the number of Nigerian refugee claims was already climbing worldwide, driven by the violence of the Islamist militant group Boko Haram and other problems, including persecution related to sexual orientation and religion. In Canada, Nigerians were the biggest group of claimants in 2016.

Mary Chukwuwuekezie, who walked into Quebec with her three children in November after staying in the United States for 11 months on a visitor visa, said conditions in Nigeria are worsening.

“They kidnap,” she said. “They burn houses. They’ll even burn a church.”

But it has never been easy for Nigerians — or many other asylum seekers — to enter Canada to lodge a claim in the first place, partly because of its geography. Most foreigners need a visa to board a flight to North America, and the United States grants visitor visas more freely, said Benn Proctor, a researcher at the Wilson Center’s Canada Institute.

No one can officially enter Canada from the United States as a refugee claimant because of the Safe Third Country Agreement, which forces people arriving in either country to make their claim where they first land. Last year, however, a way around that became apparent, when news organizations and past border-crossers on social media publicized the locations of Canada’s unofficial land crossings, opening an opportunity for Nigerians.

“If your final [destination] is Canada, you’ll want to walk across the border,” Proctor said.

The State Department says that it has “strong working relationships” with Canadian colleagues and that screening is constantly improving, but it isn’t planning any bigger changes to its visa program.

“National security is our top priority when adjudicating visa applications,” a department representative said in a statement. “At this time, we have no changes to our visa application process to announce.”

The United States has also become less appealing to Nigerians as a place to stay rather than to pass through, they say. Many took personally two comments reportedly made by Trump — one last June about Nigerian immigrants going “back to their huts” and another in January about African “s—hole” countries.

Winning U.S. asylum claims has become much harder, as well. The approval rate dropped 26 percent from 2016 to 2017, according to U.S. Citizenship and Immigration Services statistics compiled by Human Rights First.

Eleanor Acer, the Washington-based group’s director of refu­gee protection, said Canada is well aware that, for many people, the only way to claim asylum in any country is to get a visitor visa first.

“It’s shocking and disappointing that they are trying to encourage another country to deny visas to people who are, in some cases, legitimately seeking protection from persecution,” she said.

As a signatory to international conventions, Acer said, Canada should open its doors further and “actually terminate its Safe Third Country Agreement . . . if the United States is simply not meeting that standard, given its harsh treatment of asylum seekers.”

Canadian officials have said they are not looking to abandon the agreement, although last week, they struck a slightly different tone.

Given the current numbers of asylum seekers, “we have contingency plans,” Genest said. “That being said, we are constantly in conversation with the U.S., making sure that the Safe Third Country Agreement is working for both countries.”

Many of Canada’s new asylum seekers may end up disappointed. Of asylum claims processed last year — a minority of the total awaiting adjudication — more than half of the Nigerians were rejected, a significant jump from the previous three years, and nearly three-quarters of the Haitians were rejected, up from about half.