Nigerians Must Be Mobilised For Productivity – Aregbesola

The Minister of Interior, Ogbeni Rauf Aregbesola has revealed that if half of Nigerians in their productive age are mobilized for productivity, the scourge of underdevelopment will be a thing of the past. The Former Governor Osun, stated this on Tuesday at a one-day dialogue with the theme, “2023 and Beyond: Tracking Campaign Promises for…”
Olamide
featured hero News 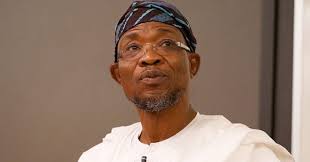 The Minister of Interior, Ogbeni Rauf Aregbesola has revealed that if half of Nigerians in their productive age are mobilized for productivity, the scourge of underdevelopment will be a thing of the past.

The Former Governor Osun, stated this on Tuesday at a one-day dialogue with the theme, “2023 and Beyond: Tracking Campaign Promises for Good Governance” organized by NPO Reports in Abuja.

The Minister commended the publisher of NPOReports, Alhaji Semiu Okanlawon, for his professionalism and industry, urging him to continue to stand for the best tradition of responsible journalism.

According to him, “I’m here in my capacity as Ogbeni Rauf Aregbesola, not Minister of Interior, and I will expect to be quoted as that. I came here because of my personal relationship with Semiu. The topic he has chosen to celebrate at this One-Day Dialogue on the 12th anniversary of his publication, is very apt. All the erudite scholars who spoke have done adequate academic justice to the topic.
“When I was governor in Osun, I created a government department called the Bureau of Social Services with the acronym BOSS, to track government programmes, projects and interventions. Also, I had a Policy and Economic Team (PET) to track projects and initiatives of my office. I also engaged private social, political and economic consultants to do the performance monitoring and perception review. However, beyond the tracking of these projects, what we should be doing is tracking of productivity.

“Before we can track productivity, we must mobilize Nigerians for productivity. I heard some speakers talking about tracking the productivity of all tiers of government, particularly, the local government and I ask myself, is local council a tier of government in a federation? Examples abound world over of countries that practice federal system like ours. In Australia, Germany, the United States and many others, there are only two tiers in a federal system which is usually the central and the regional governments. The local government is not one of them. Unfortunately, here, local governments, though closest to the people, but are dependent on the federation account for funding. But they should really have no business waiting from handouts every month from the central government.

“That is why the government of President Muhammadu Buhari is investing rightly in infrastructure so Nigerians can be mobilized for productivity. With his promise to lift 100 million Nigerians out of poverty, if half of that number can be mobilized for productivity through the different initiatives the government is championing, Nigeria will in no time be competing with the first world nations,” the Minister stated.

Speaking earlier, former governor of Ekiti State, Dr. Kayode Fayemi, revealed that whilst in office, he had a very efficient Monitoring and Evaluating Unit that tracked all government projects, but stated that according to the topic of the day’s dialogue, sometimes politicians cannot fulfil their campaign promises due to factors totally out of their control.