Resource Centre for Human Rights and Civic Education (CHRICED), a human rights group has accused the Nigeria Police Force of an attempt to cover up the rape of a 14-year old girl, Maryam Yusuf, by a Mobile Policeman, Corporal Barau Garba (Police Service Number: 275601). Recall that days ago Maryam was finally able to escape…”
Editor
News 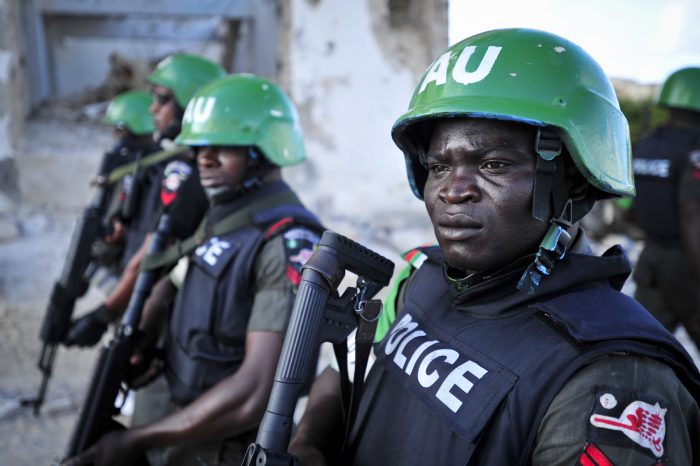 Resource Centre for Human Rights and Civic Education (CHRICED), a human rights group has accused the Nigeria Police Force of an attempt to cover up the rape of a 14-year old girl, Maryam Yusuf, by a Mobile Policeman, Corporal Barau Garba (Police Service Number: 275601). Recall that days ago Maryam was finally able to escape from the criminal mobile policeman who locked her up for days, raping her.

The allegation was contained in a statement signed by Dr. Ibrahim Zikirullahi, the group’s Executive Director. In the statement, CHRICED said it has received credible information that the Corporal abducted Maryam and raped her repeatedly. “According to information reaching us, the young Maryam, who lives with her parents at the Hausa Quarters in Asaba, Delta State, travelled to Onitsha to buy some items for her father. Unfortunately, Maryam lost the money for the items she was meant to purchase. It was while frantically searching for the vehicle she boarded in a bid to recover the money that Garba approached her,” said the group.

It added that Garba promised to help her find the money and show her the way back home. In desperate need of help and lured to think she was safe with a policeman, Maryam took the offer of assistance from the officer, who took her on his motorcycle to his room at the Police Base.

“Pleas by the young girl to Garba to take her home to her parents fell on deaf ears. The bubble burst when the young girl was able to take her captor’s phone while he was asleep, and placed a call to her father to come and rescue her. Hospital tests subsequently showed that Maryam was raped with all brutality, and her vagina had been ruptured as a result of this dastardly act by a supposed officer of the law,” CHRICED said.

The group noted that despite the gravity of the infraction by Garba, his colleagues at the Okpoko Division of the Nigeria Police in Anambra State have been trying to cover it up.
CHRICED claimed that Maryam’s case is just one of many instances in which the Police have been unwilling to act when young girls have been violated. It reasoned that the failure of the Police to move against sex offenders has encouraged rapists across the country to get bolder with their hideous conduct.

CHRICED warned the Police against continuing with the cover-up effort and called on the Inspector-General of Police to order a transparent investigation into the matter so that Garba could face prosecution.

“It is not tenable that the nation’s law enforcement institution has to wait to be pressured before taking action over cases like Maryam Yusuf’s. The case offers an opportunity for the Police to prove its critics wrong; the public will be watching to see its next steps,” said the group.

Days after the sad story of Maryam was reported, the Police force has still not made a public statement.