Nigerian Immigration And My Passport Experience In Osogbo

By Olaide Oluwatimilehin  I have always wished to own a Nigerian Passport. However, the situation with past experiences of siblings, friends and colleagues over the years have continued to discourage me, especially with issues of fraud, scam and racketeering. I decided to jettison the idea. After years of losing interest in the exercise, I…”
Yusuf
featured Op-Ed 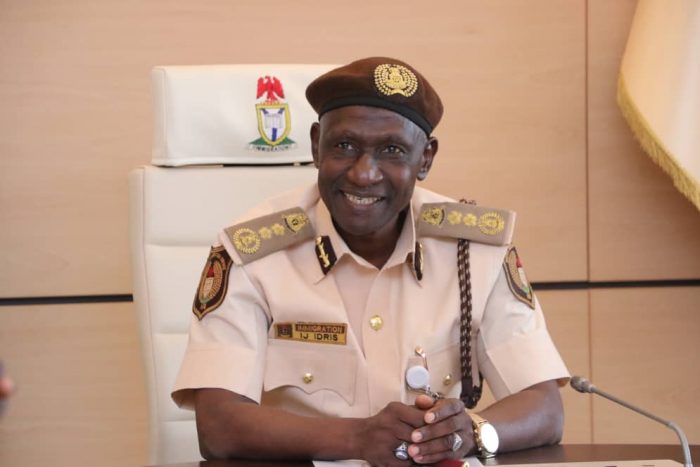 I have always wished to own a Nigerian Passport. However, the situation with past experiences of siblings, friends and colleagues over the years have continued to discourage me, especially with issues of fraud, scam and racketeering. I decided to jettison the idea.

After years of losing interest in the exercise, I told a friend, who advised me to apply for my International Passport at Osogbo Command of the Immigration Service. I reside in Ogun State and my friend, who lives in Lagos assured me that in Osogbo, I would be able to get the passport done without stress. After weeks of procrastination, I finally settled and agreed to try my luck. He had assured me that it would be possible, especially with the ongoing reforms in the Nigerian Immigration Service (NIS).

I visited the Osogbo office recently, and to my surprise, I met a large number of people waiting to be captured. But the applicants were being attended to by the immigration officers in a very professional manner. The environment was so organised. While I joined the other applicants in waiting around 10am (I was 126 on the list), a tall fair man came and addressed us. He was said to be the head of the passport section. He explained what we needed to do and urged us to remain calm and orderly. He assured us of quick service delivery devoid of any form of manipulation or delay. The head of the passport section explained that the Nigerian Immigration Service does not delay applicants for capturing, except when they do not have correct information which can only be corrected on the National Identity Management Commission (NIMC) server.

One of the persons sitting behind me who accompanied an applicant said the man was responsible for the improvement in the capturing process at the command. From my observation, the head of the passport section prioritised the elderly people (65 years and above) and children who were among us. There is a section called VIP where the elderly, children and other important personalities were being attended to. I was told the VIP section was created about three months ago.

While we waited, the head of the passport office and his officers were on ground to attend to us. He was obviously monitoring the capturing process through CCTV.

There was no cheating on the roll call. Contrary to what was said about the Osogbo passport office before, there is now orderliness and due process in the call for capturing of applicants. Unlike before (according to former applicants) when some of the NIS personnel would always manipulate the process to favour their clients, the call for capturing is now ‘first come, first serve’.

The NIS personnel did not cluster around the capturing section (unlike before when they usually surrounded the capturing officers and compel them to call in their clients ahead of other applicants who have been seated for long. The capturing process is now fast and transparent.

When it reached my turn, I alongside five other applicants went straight into the capturing room to have our details captured around 2pm. The process was fast, transparent and seamless. I also observed that all through the period we waited, no NIS Officer approached us to assist with anything for a token. Rather, everyone including those with us concentrated fully on their jobs.

One of the challenges I observed while I waited for my turn is that some applicants who complained about being delayed for capturing actually had issues with their National Identification Number (NIN).

As one of those with such issues told me, he was told to rectify the error as information he provided while applying for the International passport did not match his records with National Identity Management Commission (NIMC). He immediately realised that the problem was not with the Nigerian Immigration Service (NIS), and proceeded for correction. Two women also had the same issue and were directed to do the needful after detecting the problem.

As it was for us waiting for capturing, so it was for those waiting to collect their passports. The timeline for the collection of passports after capturing is still much on cause. The process is also hitch-free and devoid of any hassle.

I need to commend the Nigeria Immigration Service for the improvement in the application process. The Osogbo passport office is very organised.  The place is like you are in British embassy waiting for visa. There was no noise, nor disorderliness. The Ministry of Interior and Nigerian Immigration Service should be hailed by all for this improvement. I wish all centers can be like this.