The divide between the haves and the have-nots among Nigerian banks is widening. The country’s biggest lender is so flush with cash it plans to repay $400 million of bonds when they become due in November 2018 rather than issuing additional debt, while the next two largest banks sold international bonds for the first time…”
Editor
Economy News 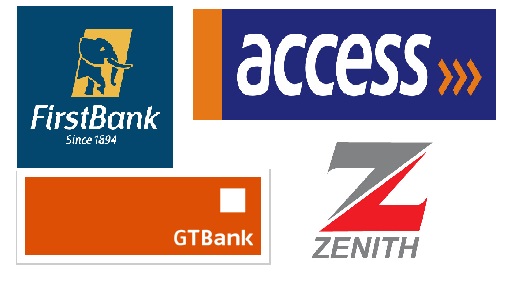 The divide between the haves and the have-nots among Nigerian banks is widening.

The country’s biggest lender is so flush with cash it plans to repay $400 million of bonds when they become due in November 2018 rather than issuing additional debt, while the next two largest banks sold international bonds for the first time since 2014. At the other end of the scale, smaller lenders are scrapping plans to raise dollar loans and struggling to find investors to raise capital.

Top-tier banks in Africa’s most-populous nation and biggest oil producer are rallying after the central bank in April opened a foreign-exchange trading window, easing a crippling currency shortage that contributed to the worst economic contraction in 25 years. Smaller banks are lagging behind as they battle rising levels of non-performing loans and capital buffers near regulatory minimums.

“The gap between the Tier 1 and Tier 2 banks has been widening in profitability and balance-sheet size,” said Omotola Abimbola, an analyst at Afrinvest West Africa Ltd. “In the next one or two years we will probably see the trend extending further.”

United Bank for Africa Plc, the third-biggest lender by market value, raised $500 million in its first Eurobond sale on June 1 at yields below initial guidance. This followed an equivalent issue a week earlier by Zenith Bank Plc in a deal that was four times oversubscribed. Guaranty Trust Bank Plc said this month it has no plans to sell Eurobonds because it’s setting aside funds to repay existing debt.

By contrast, small- and mid-sized lenders like Wema Bank Plc dropped plans last month to raise dollar loans to rather sell naira debt locally in smaller tranches. Unity Bank Plc, which missed a Feb. 28 central bank deadline to recapitalize, has been in talks with investors since October, while Diamond Bank Plc started negotiations to sell businesses and issue debt over a year ago.

The central bank had to step in last year when it replaced the top management of Skye Bank Plc for breaching liquidity thresholds. That’s still a far cry from the full-scale takeovers in 2009, when former central bank Governor Lamido Sanusi rescued 10 lenders and spent 1.8 trillion naira ($5.5 billion) to rescue companies brought to their knees by souring loans and corrupt managers.

Still, the five-year dollar bonds didn’t come cheap. Lagos-based United Bank for Africa settled on a coupon, or interest paid twice annually, of 7.75 percent. That’s the highest of at least 10 sales of $500 million by emerging-market banks this year from Turkey, Kuwait, Bahrain, South Korea and China. Zenith will pay 7.375 percent, compared with 6.25 percent on five-year notes sold in April 2014.

Even so, more lenders will issue Eurobonds because they need dollars to offer loans in the U.S. currency or to repay debt, said Lekan Olabode, an analyst at Vetiva Capital Management Ltd. in Lagos. Ecobank Transnational Inc., based in Lome, Togo, plans to sell a $400 million, five-year convertible bond this month to refinance debt and provide short-term bridge funding for non-performing loans at its Nigerian unit.

Some banks may use share-price gains to sell equity, although most trade at less than book value, making a rights offering expensive, Olabode said. Local debt also comes at a price, with yields on five-year government bonds at 16.3 percent.