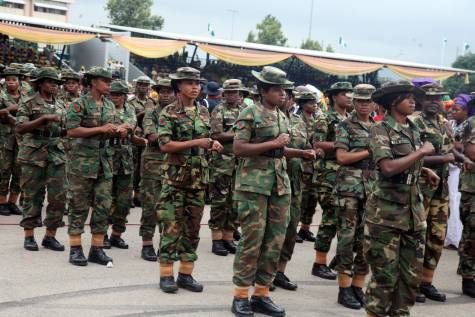 Troops of 22 Brigade, 7 Division of Operation Lafiya Dole of the Nigerian Army, in partnership with Civilian Joint Task Force (CJTF), said they had killed six suspected Boko Haram terrorists in an ambush in Borno State.

A statement signed by Director of Army Public Relations, Brig.-Gen Sani Usman, yesterday, said the suspected terrorists were ambushed on Monday at Bulabirin and Mongole villages in Dikwa Local Council of Borno State.

“During an encounter, the troops neutralised six terrorists, while several others sustained various bullet wounds. Troops also recovered six bicycles, three dane guns and one machete from the terrorists.

“The Nigerian Army will sustain the clearance operation until unrepentant terrorists are eliminated from the shores of Nigeria,” the statement said.

Meanwhile, the Nigerian Army has called on the remnants of terrorists wherever they are hiding to surrender and give up forthwith, saying their ideology was no longer tenable.

According to another statement by the army spokesman, there was no reason for the terrorists to be suffering or fighting a lost battle that had been won by the military.

“This is to call on the remnants of Boko Haram terrorists wherever they are hiding and give up forthwith. This is because your ideology of Boko Haram is dead and no longer tenable.

“As you are aware, your leaders have abandoned you and could no longer be of any help to you. Therefore, you should all surrender to avoid dying like dogs because of the ongoing concerted military clearance operations,” the statement noted.

In another development, the Nigerian Air Force (NAF) said its fighter jets, F-7Ni and 3 Alpha Jet aircraft, have bombed the hideout of the Boko Haram terrorists.

He said during the ISR mission, a large group of terrorists were seen converging under a tree close to a prominent zinc-roofed structure, adding that part of the structure was concealed by the foliage of a tree, making it a seemingly unobtrusive gathering point for the terrorists.

He added that a confirmatory ISR mission indicated that the structure was indeed a Boko Haram terrorists’ hideout, housing a large number of terrorists.