The world body of the Nigerians Living in the Diaspora (NIDO), has appealed to the Independent National Electoral Commission (INEC) to extend the voting right to Nigerians living in the Diaspora through Out of Country Voting system (OCV). INEC Director of Voter Education and Publicity, Mr Oluwole Osaze-Uzzi in a statement issued on Thursday in…”
Yusuf
Tits Bits 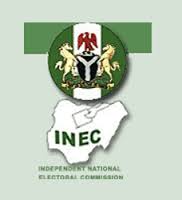 INEC Director of Voter Education and Publicity, Mr Oluwole Osaze-Uzzi in a statement issued on Thursday in Abuja, noted that the call was made during NIDO delegation visit to INEC.

Osaze-Uzzi quoted the leader of the team and Chairman, NIDO Asia, Prof. Emenike Ejiogu, as saying they were at INEC to seek inclusion of people in the diaspora in the country’s voting system.

Ejiogu appealed to the Commission to consider taking the ballot box beyond the shores of Nigeria, to enable persons living in the Diaspora to enjoy the right to vote.

He noted that the number of Nigerians Living in the Diaspora was significant to the Nigeria’s voting and the electoral process.

Ejiogu, said that the body could actively engage the National Assembly to influence the needed dialogue on diaspora voting.

It noted that the body representatives were drawn from the leadership of NIDO from Europe, Asia, Africa and America.

The acting Chairman of INEC and National Commissioner, Mr Adedeji Soyebi said INEC has been studying the matter of out of the country voting with keen interest.

Soyebi said it was rather unfortunate that the current legislation did not permit out of the country voting in Nigeria.

He said it was the wish of the Commission to ensure every interested person wishing to vote was given the opportunity.

He said that in spite of the wish “there is hardly anything the Commission could do” unless some amendments to the electoral law were made.