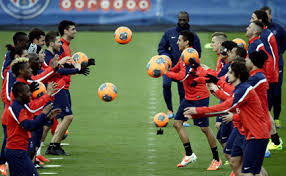 With the quality of a team that had Edinson Cavani, Angel Di Maria, Julian Draxler, Thiago Silva and a coach that had won Europa laurels for Spanish Side Sevilla, in person of Unai Emery, one would easily tag the French club side a European title competitor.

Starting like a house on fire, scoring over twenty goals in the Uefa Champions’ League group stages, a feat only matched by England’s Liverpool, it was easy to say PSG would overcome defending champions, Real Madrid who had been in not to good shape prior to the Round of 16 clash between the two.

Unexpectedly, reverse was the case as the Galacticos had it in an easy way defeating France most expensive team in a two-legged tie and qualifying for the quarter finals of the Uefa Champions league 5-2 on aggregate.

The loss meant that for about five times in a row, Paris Saint-Germain have failed to go beyond the quarter finals or Round of 16 stage of the competition. Although, Neymar’s injury might have been a factor to this year’s exit, the team still had enough quality to take them far in the competition.

Already, there had been rumours that a change of tactical approach might be needed with reports linking the club to some of Europe’s top coaches in Antonio Conte and Arsene Wenger to replace Unai Emery who took over from French man, Laurent Blanc in 2016.

At home in France, the club look set to win all titles with the Ligue 1, Coupe de France and the Coupede la Ligue in view, the ‘Les Rouge-et-Bleu will not have had a bad 2017/2018 come May when the season ends.

But then, competing with Europe top clubs was the reason for the summer spree and with League rivals, A.S Monaco having 8 Ligue 1 titles, two better than PSG’s 6, the Parisians know that winning a European competition will be the only solution for them to be called a top European club side.

And with all the money available, we will wait to see how much more the club will spend to re-strengthen the squad in the summer.