The National Drug Law Enforcement Agency, NDLEA, has announced the promotion of 3,506 officers and men to their next ranks, thus breaking the jinx of long years of stagnation in the Agency. NDLEA made the announcement through Chairman/Chief Executive of the agency, Brig. Gen. Mohamed Buba Marwa (Retd) who approved the immediate promotion of…”
Olamide
featured News 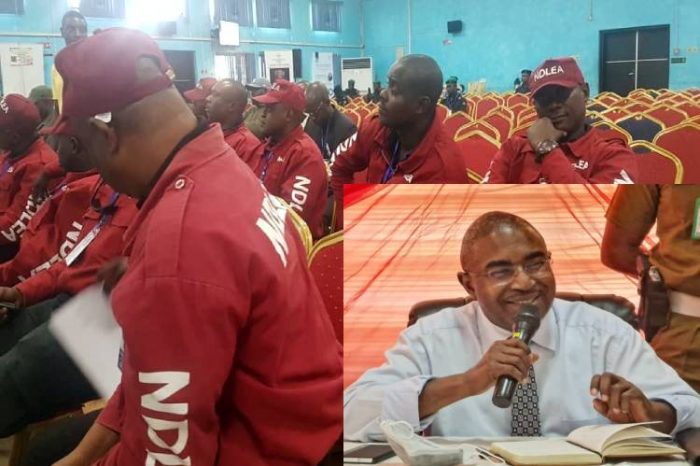 This followed a report by the harmonisation committee set up by Gen. Marwa soon after assuming leadership of the agency in January to address the issues of low morale and stagnation in the career path of personnel.

While charging the promoted officers and men to see their elevation as a call to give their best in the task to rid the nation of illicit drug trafficking and abuse, Gen. Marwa said his commitment to push the Agency to the frontline in efficiency is becoming a reality due to the unquantifiable support of President Muhammadu Buhari.

We Have To Adapt To Impacts Of Climate Change – Buhari