The Nigerian Communications Commission (NCC) will partner with the Computer and Allied Products Dealers Association of Nigeria (CAPDAN), to stem the growing tide of substandard device market in the country. Speaking during an inspection tour of Computer Village, the adjudged largest Information and Communications Technology (ICT) accessory market in Africa, the Executive Vice Chairman, NCC,…”
Yusuf
Technology 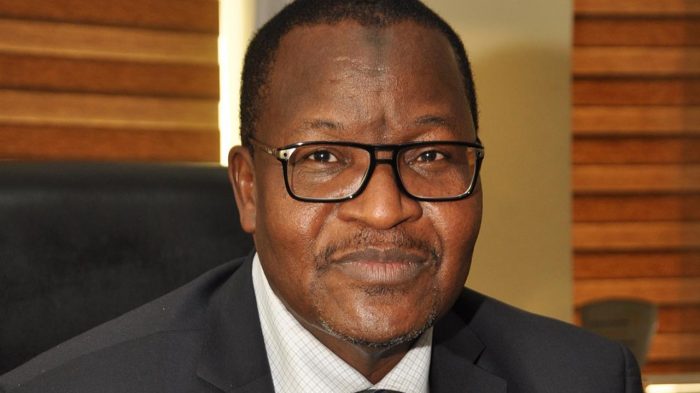 The Nigerian Communications Commission (NCC) will partner with the Computer and Allied Products Dealers Association of Nigeria (CAPDAN), to stem the growing tide of substandard device market in the country.

Speaking during an inspection tour of Computer Village, the adjudged largest Information and Communications Technology (ICT) accessory market in Africa, the Executive Vice Chairman, NCC, Prof. Umar Danbatta, noted that the market for substandard device has become a source of worry to the regulator. “As a responsible Commission, we are expected to protect the Nigerian citizens.”

Danbatta said NCC will sign a Memorandum of Understanding (MoU) with CAPDAN, and partner with it on all fronts to ensure consumers got value for their money.  The EVC also charged CAPDAN to put up measures that will aid both parties in addressing issues of phone and other devices cloning; substandard products, stressing that many mobile devices sold in the market are not type-approved by the NCC.

According to him, these unregistered mobile devices are not safe, and negatively affects the quality of service rendered by mobile network operators in the country. He added, NCC has huge responsibility to protect Nigerians, “the reason we are calling on the CAPDAN to please support us to rid the market of unwanted elements peddling fake and substandard products.”

Responding, the President of CAPDAN, Ahmed Ojikutu, expressed the readiness of the Association to aid the fight against substandard products.The Computer Village Market is said to be adding about N1.5billion daily to the Nigerian economy, Ojikutu added that the market provides the highest number of ICT solutions in the country and Africa at large.He opined that the market, which is also known as the hardware capital market of the Continent, employs the largest number of graduates in any market in Nigeria and Africa as a whole.

Ojikutu disclosed that CAPDAN had already partnered FONEREG (Phone registration to discourage theft), and urged the NCC to look into the development and possibly make it a national policy.He appealed to NCC to fast-track the planned broadband deployment, noting that if the market is supported with the facility, it will improve business in the market by 25 per cent.

Meanwhile, the booming smartphone market over the past decade has created a corresponding thriving handset repair industry across most countries, including Nigeria.

Investigations showed that the rising popularity of expensive, but fragile, smartphones, with rising display sizes, has given the repair industry a huge boost since 2010.

Today, an estimated 80 per cent of the mobile phone screen aftermarket is now supplied by China makers, with OEMs providing the remainder. Driven by lower prices, acceptable quality and quick delivery, demand for Chinese LCDs has increased strongly over the past few years, and the OEMs are facing a significant slowdown.

While screen repair and replacement accounts for the majority of the revenue in the sector (due to the high cost of displays and the fact that they are frequently cracked), the overall market is expanding, and includes repair, and replacement of batteries, buttons, headphone jacks, cameras, and sensors.

Given the high price of most premium smartphones, it has become increasingly common for people to have their damaged devices repaired. In the second-hand market, particularly for iPhones, which hold their value better than other vendors’ handsets, owners can re-sell them at attractive prices after making any needed repairs.Checks showed that the aftermarket for pre-owned Apple products is much larger than for other brands, mainly due to their generally higher prices.

Besides repair shops, more people are opting for low-cost do-it-yourself replacement kits which have become less complicated and much easier for the mechanically inclined to attempt. The repair market isn’t limited to mobile phones, as tablets and other smart devices take up a sizable share.Some analysts predict that with advancing technology, prices will fall and encourage replacement rather than repair. But that is likely to be many years away.

According to Statista, the average selling price (ASP) of smartphones dropped 16 per cent between 2014 and 2017 to $245. But the majority of that decline was due to a steady drop in the Android market, as the ASP of iPhones held fairly steady over that period.

Android models account for more than 80 per cent of all shipments, with the ASP expected to fall from $218 in 2016, and to below $200 in 2019. But in mature markets like North America, and Western Europe, the ASP can be as much as double the global figure, IDC said.

Deloitte Global noted that the repair industry is of course dependent on a healthy smartphone market, both of shipments and the trade of second-hand models.Accordingly, IDC revealed that global smartphone shipments rose 2.7 per cent year-on-year in 2016 to 1.47 billion units. Apple shipped 215 million iPhones last year – down seven per cent from 2015 – giving it a nearly 15 per cent market share. The overall outlook for the market has improved this year, with early signs of a long-awaited recovery.

Despite slowing smartphone growth, the Chief Executive Officer of Spider Technologies, a specialist in replacement screens, Martin Tuo, noted that global mobile phone ownership is very large, with many older models still in circulation. For example, sales of refurbished iPhone 5 models are still very good in many countries.

Nintendo Switch Joy-Cons Can Connect To Your PC, Mac, And Android