In recent times, there has been a growing interest in the understanding of the concept of national security and role of the Office of the National Security Adviser in Nigeria in the context. President Muhammadu Buhari’s appointment of Major-Gen Monguno (Ph.D.), a retired military officer as the new National Security Adviser, has renewed the question…”
Editor
Op-Ed 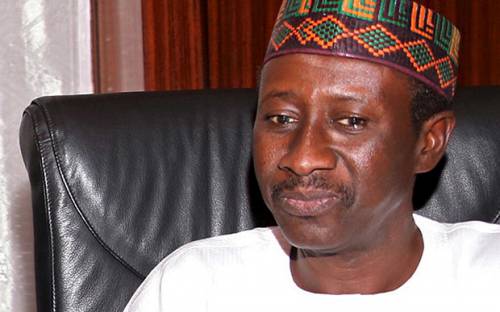 In recent times, there has been a growing interest in the understanding of the concept of national security and role of the Office of the National Security Adviser in Nigeria in the context. President Muhammadu Buhari’s appointment of Major-Gen Monguno (Ph.D.), a retired military officer as the new National Security Adviser, has renewed the question as to what really constitutes National Security? What is the role of the NSA? What should be the appropriate background and credentials of a competent man or woman that would really discharge the functions of that office creditably? What the best examples we can draw from?

In the U.S. the appointment of persons with military background has been the exception rather than the rule: the military persons that have occupied the NSA position were General Collin Powell under President Ronald Reagan, Brent Scowcroft under President Gerald Ford and later President Bush senior, and James Jones who served for a year in the first term of President Barack Obama.

In the main, appointees to the NSA position in the U.S. have been very distinguished academics and diplomats (George McBundy under President Kennedy, Walter Rostow under President Johnson, Kissinger under President Nixon, Brzezinski under President Carter, Condoleezza Rice under President Bush junior, and now Susan Rice in the second term of President Obama). For a start, McGeorge Bundy, who had a very distinguished career as an American Foreign Policy academic and served as National Security Adviser under President John F. Kennedy was a Professor of Government and the youngest Dean of the Faculty of Arts and Sciences as at 1953 at Harvard University. Also, Rostow who served as National Security Adviser under Lyndon Johnsons had served as a professor and distinguished academics at Cambridge University as the Pitt Professor of American History and Institutions and economic History at the famous Massachusetts Institute of Technology. His earth-shaking book, “The Stages of Economic Growth” which he published in 1960, has been quite contentious. The same background goes for Henry Kissinger who was NSA under Presidents Richard Nixon and Gerald Ford. An American Diplomat and Political Scientist of note, he was a Professor of Government and Foreign Relations at Harvard, where he took his Ph.D., when he was appointed into Nixon’s administration as NSA.

Zbigniew Brzezinski, a distinguished academics who was NSA under President Jimmy Carter, set a national standard and made a great impact in US National security policy direction. He has since returned to Johns Hopkins University where he is currently Robert E, Osgood Professor of American Foreign Policy at the School of Advanced International Studies (SAIS) Centre for Strategic and International Studies. Condoleezza Rice, who was NSA under Bush Junior, is a Professor of Political science and a Diplomat. After her service, she has since returned to Stanford University as a political science professor and the Thomas and Barbara Stephenson Senior Fellow on Public Policy at the Hoover Institution.[2][3] Since 2010, she has been a faculty member at the Stanford Graduate School of Business and a director of its Global Center for Business and the Economy.[4

The Current NSA, Susan Rice was until her appointment, US Ambassador to the United Nations (UN). She is a well-known former diplomat and former Brookings Institution’s fellow.

Various arguments have been adduced for continuing to appoint persons of military background as NSA: one is that they are better at forestalling insurgencies, they have a better sense of military, and they potentially offer better advice on national security.

It is hard to say or know how impressive the record of the successive NSAs with a military background has been in forestalling threats to national security or insurgencies like Boko Haram. But if NSAs are appointed to forestall military restiveness; it would be a sign that the fate of Nigeria’s democracy is in the hands of soldiers and not the electorate. That is a scary thought and evidence that our democracy is not maturing. The last elections have however clearly shown that Nigeria’s democracy is indeed maturing– the leaders and the led.

But on the central issue of maintaining national security, defined narrowly and incorrectly as military security; the performance of NSAs with military backgrounds has been less than spectacular at best and most dismal at worst. The National security Adviser must advise the president on the proper instrument(s) to address a given crisis or problem. Not all crisis are amenable to use of military force. The militancy in Niger Delta was handled with brute force even though the agitation cried out for economic and environmental solutions. The Amnesty program implemented by a civilian president (late President Umaru Musa Yar’Adua) without military background saved the reputation of the military. The insurgency of Boko Haram has hardly abated, even though one of the former NSAs with military background boasted that Boko Haram insurgency will end within months of his appointment. That NSA has come and gone and Boko Haram atrocities have intensified.

It is clear that that the definition of national security promoted by our successive NSAs has been so military-centered that the international economic, technological and foreign affairs dimensions have been lacking. It had been hoped that the new president with an impressive military background will move Nigeria closer to the U.S. model of broader definition of national security and staff the position of NSA accordingly.

Hope remains that the new NSA — because he is a polyglot, highly educated with advanced degree in international relations, former Commander of Training and Doctrine, and former chief of Defense Intelligence — will understand his role better than his predecessors. We believe that President Buhari may have opted for General Monguno on account of his solid background as both a retired military officer and a well educated professional in International Relations or Diplomacy having earned graduate degrees in International Relations. ….,.Given the new NSA’s background, we believe he will do well if he follows through the proper and all-embracing concept of National Security .

ISSUES/POLICY: The Imperative Of A Viable Civil Service

Nigeria And The ISIS Threat Alert By Tayo Ogunbiyi