•PDP Holds 1 Senate, 3 Reps Seats By Solomon Odeniyi All Progressives Congress (APC) has won two senatorial and six House of Representatives seats of Osun in the National assembly going by the outcome of the last Saturday National Assembly elections in the state. These are Osun Central and Osun West Senatorial districts, as well…”
Yusuf
featured Osun Politics 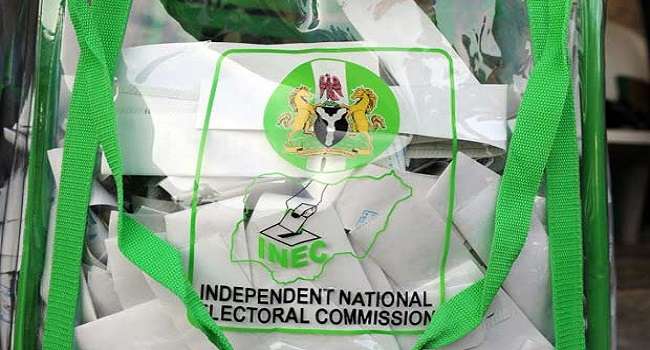 All Progressives Congress (APC) has won two senatorial and six House of Representatives seats of Osun in the National assembly going by the outcome of the last Saturday National Assembly elections in the state.

In the results announced by the Returning Officer for Osun Central Senatorial district, Titilayo Adelaje, a Professor at Obafemi Awolowo University said, the APC candidate, Ajibola Basiru had 132,821 votes against his arch rival, Ganiyu Olaoluwa of the PDP who polled 106,779 votes.

The returning officer for the Osun West Senatorial district also declared the candidate of APC, Adelere Oriolowo winner of the election with 102,507 votes against his main challenger, Lere Oyewumi of PDP who polled 97,294 votes.

Amobi according to Prof Adedoyin polled 29,229 votes against the PDP candidate, Mr Mudasir Lukman who came second with a total vote of 21,608.

Also, Olufemi Fakeye, the APC candidate for Ila/Ifedayo/Boluwaduro federal constituency was declared winner by the INEC returning officer in the area, Prof Paul Ogunjiyagbe having scored highest votes of 20,371 to defeat his major opponent, Hon Clement Akanni of PDP who polled 17,247 votes.

Similarly, Taiwo Oluga, the APC candidate for Ayedaade/Irewole/Isokan federal constituency was declared winner of the election.

The Returning officer, Prof Bamidele Solomon said she polled 36,876 votes while her opponent who contested on the platform of PDP had 31,956 votes.

In Ijesa South Federal Constituency comprises of Ilesa West/East/Atakumosa West/East, Lawrence Ayeni, candidate of APC was declared winner by the returning officer in the area, Prof. Fasansi  with 41, 867 votres to defeat his opponent, Adedapo Adelowokan who got 30,760.

Also the APC candidate for Ifelodun/Boripe/Odo-Otin Federal constituency, Rasheed Afolabi was declared winner with 41,117 votes while his close rival, Soji Adetunji of PDP got 32,389 votes.

In Oriade/Obokun Federal constituency, Hon. Oluwole Oke of PDP was declared winner for the constituency against the APC’s Siji Olamiju popularly known as AKOL.

The returning officer for the constituency, Prof. Rasaki Adebayo of the Obafemi Awolowo University (OAU) Ile-Ife, who declared the result said, Oke got 25,329 votes to defeat Olamiju who got 19,725 votes.

With his victory in this election, Oke is returning to the lower chamber of the National Assembly for the fourth term.

Bamidele Salam of the PDP also emerged winner of the Ede Federal Constituency according to the returning Officer of the constituency, Prof Adeniyi Adewusi who declared that Salam polled 46,994 votes to defeat Adejare Bello of APC who got 44,866 votes.

All the senator-elects from the state are first timers, while other seven House of Representatives members-elect are also going there for the first time.

Nigeria Political System Can No Longer Sustain Its Growth – Akande