By Sola Jacobs National Leader of the All Progressives Congress (APC), Asiwaju Bola Tinubu said the opposition had twisted his remarks during a visit to the palace of Ataoja of Osogbo to score cheap political point. In a statement by his Media Adviser, Tunde Rahman, the twisting of the remarks was intended to create…”
Yusuf
featured Osun Politics 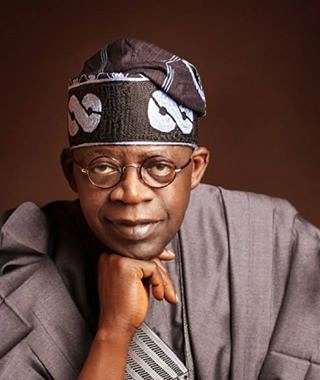 National Leader of the All Progressives Congress (APC), Asiwaju Bola Tinubu said the opposition had twisted his remarks during a visit to the palace of Ataoja of Osogbo to score cheap political point.

In a statement by his Media Adviser, Tunde Rahman, the twisting of the remarks was intended to create bad blood among Asiwaju Tinubu, the Ataoja and the people of Osogbo whom the APC leader holds in high esteem.

According to the statement, Tinubu did not disparage the people of Osogbo in his remarks at the palace, saying, “What the APC leader said is that in vying for Osun governorship, the party’s candidate, Alhaji Isiaka Gboyega Oyetola, is motivated by service and not by any selfish consideration.

“He said for Alhaji Oyetola, using the governorship, if elected, as an avenue for primitive wealth accumulation is the least of his considerations for the office. He recalls that Alhaji Oyetola is an insurance guru who has been in the corporate world for over 30 years now. He founded and raised his company to the enviable level that it is today.

“Asiwaju Tinubu couldn’t have said anything to disparage the same people whose votes he is seeking for the APC candidate.

“He is far too smart and politically savvy than that. And those spreading this false stuff know this much.

“The APC leader holds the Ataoja of Osogbo with reference, the same way he views and relates to other traditional rulers, and could not have said anything to demean their respectable thrones.

“He will also not do or say anything to lower the esteem of the people of Osogbo.

“The report giving the impression that he disparaged them is concocted and should be totally ignored.

“Given his background and record over the years, is Asiwaju the type of person or politician who will disparage anybody or group of people on account of whether they are rich or poor?

“Asiwaju has always stressed the fact that he was born into poverty and had to achieve success in life through much suffering, perseverance and industry.

“This is also as it was with many of our great leaders including heroes like Chief Obafemi Awolowo and MKO Abiola. Like these icons, Asiwaju’s goal in politics is to utilize all he has to help empower people and lift them out of poverty”.

The statement reaffirmed that Tinubu’s message at the Ataoja’s palace was that this is also the mission of Oyetola in politics, a man who has achieved financial success in his private life before coming into politics, has a reputation for honesty and integrity and is not running for governor to accumulate wealth.

Sen Adamu calls on Nigerians to vote for PMB

Issuance Of Passport In 72hrs Begins In June – Aregbesola