Yusuf Oketola MOTORISTS plying the Oba Adesoji Aderemi East Bye Pass, otherwise known as ‘Ona Baba Ona’ in Osogbo, State of Osun, have called on the State Government to fix the streetlights on the road.  The motorists noted that the road had perpetually been in blackout at night because the streetlights were yet to…”
Yusuf
featured Osun 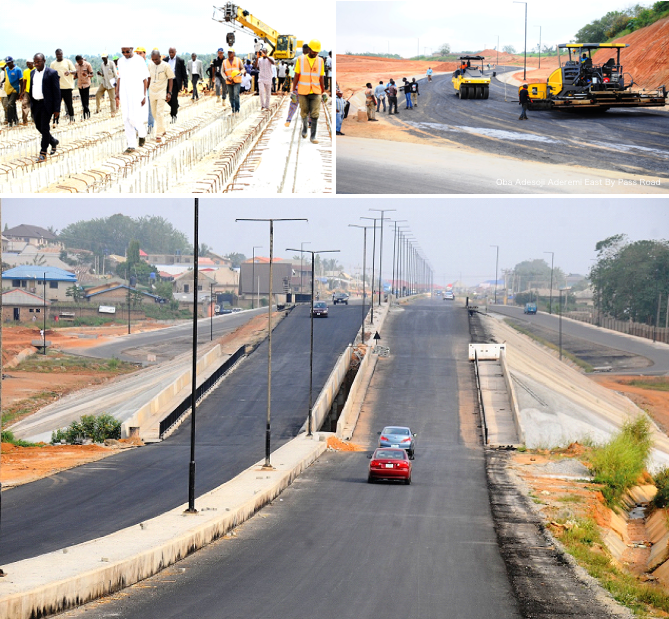 MOTORISTS plying the Oba Adesoji Aderemi East Bye Pass, otherwise known as ‘Ona Baba Ona’ in Osogbo, State of Osun, have called on the State Government to fix the streetlights on the road.

The motorists noted that the road had perpetually been in blackout at night because the streetlights were yet to be activated.

Investigations by OSUN  DEFENDER revealed that the streetlights on the road were vandalised about three times in 2018 by some unknown people.

The armoured and upraiser cables of the streetlights spanning a total length of 11km (275 poles) were carted away by the people.

According to a motorist, Inioluwa Olaposi, it is a malady that the East Bye Pass is in perpetual blackout with no move from the government to address the situation.

Olaposi said: “The road is always in blackout at night. You will be scared to pass it. The road should not be in blackout security-wise. The evil men could take advantage of that. The government should try to fix the streetlights. We are enjoying the road; as a matter of fact, it is a saving grace for us.”

Another motorist, Mr. Ademola Ajayi, said it speaks volume that the State Government could be lackadaisical in fixing the streetlights on the roads in Osogbo, the state capital.

Ajayi said: “Streetlight should be the least to be begging government for. But it is unfortunate where we find ourselves. ‘Ona Baba Ona’ is an important road for both the residents of Osogbo and transporters passing through the state capital.

“It is uncalled-for that the streetlights on the road are not functioning. It is a simple sign of irresponsiveness of the government.”

The former Commissioner for Works and Transport, Engr. Kazim Salami, in an interview with OSUN DEFENDER yesterday, said the streetlights were activated after the completion of the Dele Yes Sir-Ilesa Garage stretch of the road.

According to Salami, the streetlights were vandalised more than three times in 2018, saying that the contractor handling the road had to be replacing the cables and other materials to get the light functioning.

He stated that the State Government got the service of some security operatives to be patrolling the road to secure the streetlights before the administration of Ogbeni Rauf Aregbesola came to an end in November, 2018.

However, OSUN DEFENDER gathered that the administration of Governor Adegboyega Oyetola, during a program tagged ‘Light up Osun’, did not give attention to the road as streetlights were restored back from Oke-Fia to Dele YesSir and other part of the state capital.

In a letter dated April 6, 2021, the Mechanical and Electrical Department, Ministry of Works and Transport, State of Osun, said that the streetlights on the ‘Ona Baba Ona’ would be restored within the shortest time, but nothing has been done till date.

All effort to reach the State Commissioner for Works and Transport, Engineer Remi Omowaye, proved abortive as he refused to answer his phone calls and did not reply messages sent to him.