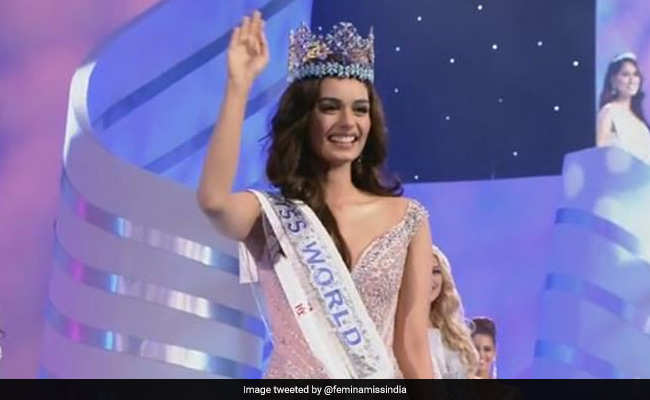 A medical student from Haryana, Manushi Chhillar, is the new Miss World 2017. Elbowing aside beauties from over 108 nations, Manushi was crowned the new queen in the Sanya City Arena in China PR. Miss World 2016 winner Puerto Rico’s Stephanie Del Valle passed on the coveted crown to the new titleholder, Manushi Chhillar from India.

No Asian woman had won the Miss World title until 1966, when a final year medical student Reita Faria, changed India’s fate forever draped in six yards of elegance. Close to three decades later, light-eyed beauty Aishwarya Rai had re-written history after she beat everyone in the competition to bag the honour for the country.

Rai’s win at the prestigious pageant paved way for many other Indian beauties to follow including the likes of Priyanka Chopra, Diana Hayden to name a few. Call it a coincidence or not, another medical student Manushi Chhillar has repeated history today and became the 67th titleholder of Miss World 2017.

The gorgeous 20-year old has also won the Head to Head Challenge and the Beauty with a Purpose titles, earlier this evening. Winning the Miss World title has been Manushi’s childhood dream. She had said in an interview,”As a kid, I always wanted to participate in the competition but I never knew I would make it this far.”

WAEC To Release Results in 45 Days

After Two Years, No End In Sight To Burundi’s Deadly Turmoil