The Red Devils legend is adamant the club needs to reclaim its place in Europe’s biggest competition Manchester United icon Bryan Robson has declared the club mustn’t settle for anything less than a top-four finish next season. After a turbulent 2018-19 campaign which saw Jose Mourinho depart and Ole Gunnar Solskjaer brought in as manager,…”
Yusuf
Sports 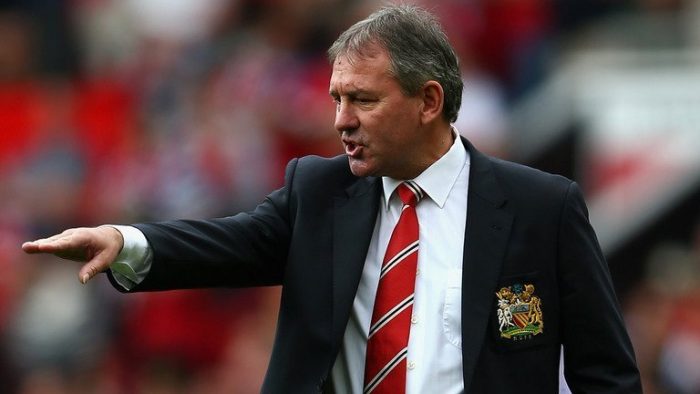 Manchester United icon Bryan Robson has declared the club mustn’t settle for anything less than a top-four finish next season.

After a turbulent 2018-19 campaign which saw Jose Mourinho depart and Ole Gunnar Solskjaer brought in as manager, the Red Devils ended the most recent Premier League season in sixth.

That finish means they’ve had to settle for a place in the Europa League, with Robson adamant that’s not where United belong and optimistic about how the squad is shaping up after the arrivals of Daniel James and Aaron Wan-Bissaka.

“The squad are better than what we performed last year,” Robson told Goal .

“With a few more new signings hopefully we can challenge – we’re Manchester United, we’ve got to get back into thatChampions League.”

The former defender was particularly concerned about the side’s back-line, which conceded 54 league goals last season.

“It was a big disappointment finishing outside of the top four last year and we’ve got to improve on that,” Irwin told Goal .

“We’ve got to get up there and start competing again.

“[Defence] has been our strength in the last four or five years, we’ve been hard to break down, so to concede so many goals last year was a surprise and a major disappointment. I’m sure the manager will keep striving to upholster the defence so hopefully that will improve.”

Working as ambassadors for United on their pre-season tour of Perth, Robson and Irwin were swarmed by fans at a signing event on Saturday.

The two club legends stuck around longer than their designated hour and were surprised at receiving such superstar treatment on the other side of the world.

“We were told before we came that if there weren’t many people we might be able to leave early,” Robson said.

“With not many people to take photos and sign autographs you feel like you’re wasting your time – but that was absolutely brilliant. That amount of people coming to the store.”

“There were a lot of fans with older shirts too which was really surprising… good for us though!” Irwin added.

United begin their pre-season campaign against A-League side Perth Glory on Saturday before taking on Leeds Unitedfour days later.

German Players Banned From Having Sex During World Cup Tournament