This Man Deserves A Death, And Here’s Why

33-year-old accountant Valentino Talluto has been accused of intentionally infecting 30 women with HIV is set to hear the verdict. According to reports for 10 years targeted victims for unprotected sex.   Under the pseudonym “Hearty Style”, he seduced dozens of young women on social networks and internet dating sites, often dating several at a…”
Editor
News 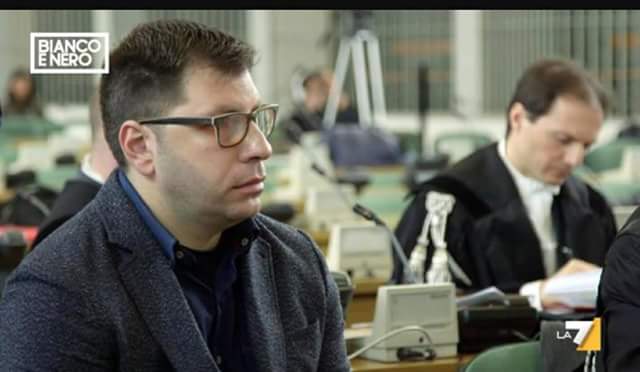 33-year-old accountant Valentino Talluto has been accused of intentionally infecting 30 women with HIV is set to hear the verdict. According to reports for 10 years targeted victims for unprotected sex.

Under the pseudonym “Hearty Style”, he seduced dozens of young women on social networks and internet dating sites, often dating several at a time. Out of 53 sexual conquests known to have taken place between 2006 — when he discovered he was HIV positive — and his arrest in 2015, 30 women were allegedly infected by him with the virus which damages the immune system and causes AIDS.

The male companions of three of the women were also infected, as was the baby of a fourth, investigators say. Throughout the trial, which opened in March in Rome’s Rebibbia prison, the women described how Talluto had wined and dined them, claiming to fall in love before persuading them to have unprotected sex.

The women who had asked him to wear a condom said he told them he was allergic or had just been tested for HIV. When the women discovered they were HIV positive — by chance, due to health problems or after other women he dated raised the alarm — they said he said it had nothing to do with him.

The defence maintains Talluto’s actions were “imprudent, but not intentional”. Some women stayed with Talluto for months after discovering they were sick. In the end, it was above all his chronic cheating — he juggled up to six relationships at the same time — that drove them away.

Many were students, some mothers. The youngest was 14 at the beginning of their relationship, the oldest around 40. Each described the horrors of HIV, from the stigma which distanced even family members, to the trials of

The prosecution has demanded the bespectacled, stocky accountant get life behind bars for “willful injury” and causing an “epidemic”.

“Talluto has never cooperated, he has made false statements, he has always denied any responsibility, even in the face of the evidence. His actions were intended to sow death,” prosecutor Elena Neri told the court last month.

The defence painted a picture of a young man eager for affection who never knew his father and whose mother — a drug addict who was HIV positive — died when he was just four years old.

“He did not intentionally seek to transmit the virus,” his lawyer Maurizio Barca said, insisting that Talluto used condoms “most of the time” and only had sex without them a few times after being “caught in the heat of the action”.

He also claimed it was impossible to prove it was his client and not other partners who had infected the women. After months of silence, Talluto finally spoke out at the end of September, his voice breaking with emotion and his eyes brimming with tears after hearing the testimony of one of the women.

“Many of the girls know my friends and family. They say that I wanted to infect as many people as possible. If that had been the case, I would have gone for casual sex in bars, I would not have brought them into my life,” he insisted.

One of the women still refuses to give up on him. She told the court in July of their meeting in 2014, how he told her immediately that he was HIV positive, and how she forgave his infidelities.

“We want to get married. I’m still in love with Valentino, he’s not the monster that everyone describes,” she said.

Osinbajo Seeks For Help Over Magu