By Tunde Odesola (Published in The PUNCH of Monday, April 1, 2019) I know the origin of magun. I know its first victims, too. The history of magun aka thunderbolt dates back to the ancient tale among the gods in which Mars, the handsome Roman god of war, and Venus, the goddess of love,…”
Yusuf
Op-Ed 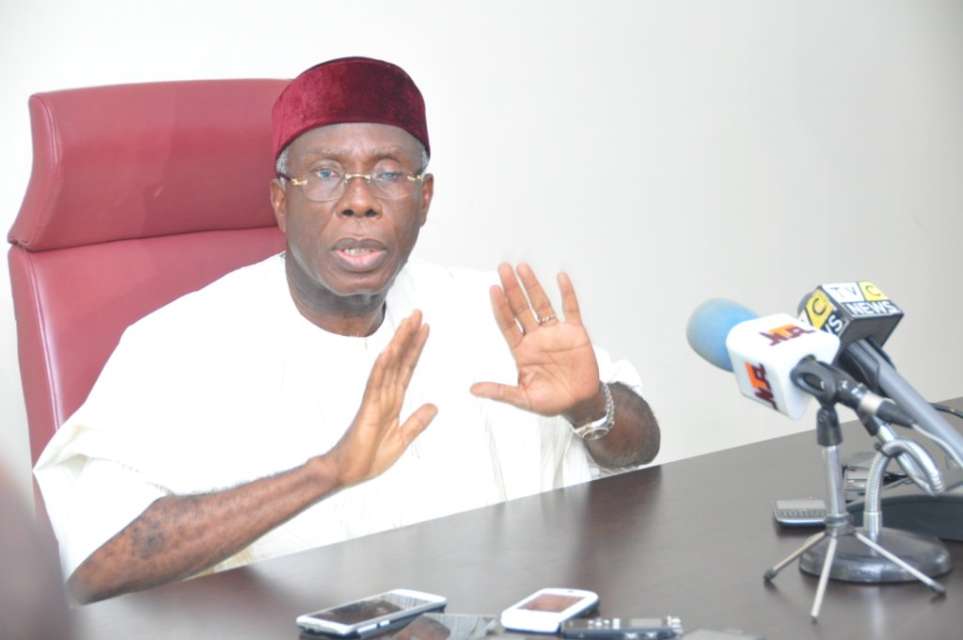 I know the origin of magun. I know its first victims, too. The history of magun aka thunderbolt dates back to the ancient tale among the gods in which Mars, the handsome Roman god of war, and Venus, the goddess of love, sex and beauty, were caught in the act by Vulcan, the husband of Venus, on his matrimonial bed. Venus was married to Vulcan, the god of the night and blacksmithing. Vulcan was also ugly, lame and old. It was Apollo, the god of music, truth and prophecy that caught a whiff of what the secret lovers were into, and he told Vulcan. Thus, Vulcan made a bronze net, which was so fine that even the eyes of the gods couldn’t detect it. He spread the net across his matrimonial bed and told Venus that he was going on a journey to a Greek island called Lemnos. The young Mars and the beautiful Venus decided to take advantage of Vulcan’s absence, they climbed into bed and made passionate love, only for Vulcan to return and catch them red-handed. Vulcan called on other gods to come and behold the shame. He demanded his dowry from Jove, the king of the gods, before loosening the chain and freeing the entrapped lovers. Freed from the net, Mars went to Thrace while Venus went to Cyprus.

Gods also die. And deicide is the killing of a god. If gods could die too, what else could be the fate of Man when death visits the mortal realm? Though I’ve never seen gods fight to the death, I know for a fact that mortals can’t kill a god. The death of a god could only be in the hands of another god. Before slavery took our forebears captive to foreign lands, gods like Ogun, Sango, Daji, Amadioha, Ala, Ekwensu etc bestrode our lands with giant feet, spitting fire from their nostrils and belching thunders from their mouths. But like their Greek and Roman counterparts, many of these gods didn’t live to tell their stories as the evangelical swords of Christianity and Islam slashed through their necks and their heads tumbled down into the pits of archaic history.

Because much of ancient African culture and tradition wasn’t etched in written literatures, it’s quite difficult to know if African gods too engaged in adultery like their Roman counterparts. My curiosity about the truthfulness of African traditional powers was, however, recently set on fire when I watched the video of a white couple glued together like Mars and Venus. The short video set me thinking and asking questions: Is magun real? Do whites engage in magun, too? Subsequently, I read up some literatures about the views of western medicine on magun. I also spoke to some of my friends in the field of medicine. A childhood friend and medical consultant, who preferred to be anonymous, says what is called magun is typical of the sexual condition prevalent in dogs and other animals who ‘lock’ during mating. A BBC online report entitled, “Can couples really get stuck together during sex?” gave scientific credence to the notion that couples’ sex organs can glue together during sex. Specifically, western medicine describes a version of what is known as magun in Yoruba land, Kenya and Zimbabwe as ‘penis captivus’, ‘a rare medical occurrence in heterosexual intercourse when the muscles of the vagina clamp down on the penis much more firmly than usual, making it impossible for the penis to withdraw from the vagina’. Also, western medicine has a name for another version of magun, which is the inability of a man to sexually penetrate a woman, who has been laced with magun. This version is called vaginimus. Vaginimus, according to science, is a vagina in panic. This is the instantaneous and involuntary tightening of the pelvic floor muscles in anticipation of vaginal penetration, blocking off penetration.

Going by the words of the Araba of Osogbo, Chief Ifayemi Elebuibon, however, magun is a potent way black men use in catching promiscuous wives and lovers. Speaking to me in a telephone interview, on Saturday, Elebuibon, who is also the Head of Ifa priests in Osogbo, explained how magun is made. I had told him about an online video I watched which suggested that what is popularly referred to as magun could be a medical condition, after all. In the foreign video, the glued white couple had to be whisked away in an ambulance en route to a hospital. But Elebuibon, a world-renowned Ifa scholar, said the way of science is not the way of Yoruba traditional religion, stressing that magun is real. He said, “Many white people now use African juju. It’s possible that one of the glued couple in the video you watched was laced with magun. The ingredients used in making magun include the sexual organs of male and female dogs, queen bee and anthill.

He listed the ingredients of the magun that debars penile penetration (vaginimus) to include the horn of a gazelle and shear butter. He said when the (vaginimus) magun is ready, it would be poured into the horn of a gazelle, revealing that the pinky finger would be used to apply the medicine on the penis and the man would go ahead and sleep with his woman. He said that no other man would be able to penetrate such a woman.

Most Nigerians wear their Christianity and Islamism on the forehead, but they still quake in fear of the dying gods like Ogun, Sango, Amadioha etc. This is why Christian and Muslim thieves in government would rather swear by the Holy Bible and the Holy Quran rather than swear by Ogun, Amadioha etc when brought to court over perpetual corruption charges.

Countless bodies of African knowledge had been taken to the grave by great African forebears because the African doesn’t like sharing knowledge. This is a major drawback to the development of the African continent. Also, there’s no gainsaying the fact that the African is more given to emotion, flamboyance and the dramatic. The African goes in search of quantity instead of quality, triviality instead of substance, unlike the whites. Watching the Minister of Agriculture, Audu Ogbeh, addressing the Senate Committee on Agric last week, the reasons why the Muhammadu Buhari administration has failed to make any noticeable impact on the economy became clearer. Ogbeh accused some Nigerians of ordering pizzas from London via British Airways. With sickening impunity, Ogbeh, who was a national chairman of the Peoples Democratic Party, laid all the blame for our national woes on importation, derisively describing the French ambassador to Nigeria as the “Champagne ambassador.” Quoting from the shallowness of his false imagination, Ogbeh described Nigeria as the largest consumer of champagne ‘on planet earth’, absurdly adding that the money made by Nigerians in the private sector comes from Nigeria’s commonwealth! Gawd! Ogbeh’s outburst was a caricature of the excuses that the Buhari government has become. Ogbeh wined and dined within the Peoples Democratic Party for several years, rising to become the national chairman of the then ruling party. He never told the senate committee what the PDP, under his leadership, did in the area of agriculture. Typical of the African man’s penchant to appeal to emotion, Ogbeh failed to address the issues of corruption, lack of electricity, security, poor roads, storage facilities, land ownership and modern farming techniques as hindrances to the nation’s agricultural development.

Every foetus in Nigeria knows that insatiable importation is inimical to the economy, Chief Ogbeh. Every Nigerian knows that your government has nothing serious to show for its four years in power, but Nigerians truly want to know what you’ll do differently to bring down the price of rice and other foodstuffs in the next four years. This whining must stop, sir.

Supreme Court, The Constitution And Leadership

Only Government Can Save Nigeria