Zinedine Zidane’s Madrid have thus become the first side to retain the cup, beating South America’s champions Gremio1-0 win at UAE 2017. Madrid surely deserved the victory, having dominated the encounter with the South American champions in Abu Dhabi on Saturday evening. The game began with a thump, with plenty of physicality on show. However,…”
Editor
Entertainment Sports 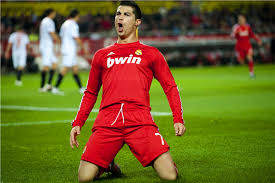 Madrid surely deserved the victory, having dominated the encounter with the South American champions in Abu Dhabi on Saturday evening.

The game began with a thump, with plenty of physicality on show. However, it was the title holders that found their rhythm quickest. Dani Carvajal and Luka Modric both had the band blue and black-clad fans in the Zayed Sports City Stadium inhaling sharply.

Though the large amount of local support were not spared some nervous moments either in the opening period, with Edilson striking a swerving rocket of a free-kick inches over Keylor Navas’s crossbar.

Having had two-thirds of the possession before the break, Real returned for the second half looking to make it count. It did not take them long and it was Ronaldo, who broke the resistance.

He struck a free-kick from 25 yards straight into the net. There was an instant inquest among the Gremio wall, as the ball nestled in the bottom corner, having seen the Portuguese’s shot pierce clean through it.

Ronaldo thought he had taken his record goalscoring tally in the Club World Cup from seven to eight, volleying in seven minutes later, but Karim Benzema’s fine nod down was adjudged to have been from an offside position.

Gremio failed to rouse a response, with goalkeeper Marcelo Grohe forced into fine saves from Modric – tipping his effort onto the post – Ronaldo, and Gareth Bale to stay within touching distance of Los Blancos.

However, they could not prevent Zinedine Zidane guiding the Spanish side to successive titles, equalling Barcelona’s record tally of three.

“We wanted to win because Real Madrid have never won five trophies in one year,” said Ronaldo at the end of the match.

“I think we played a very good game and deserved to win.”

Ronaldo has now scored 15 goals in 20 appearances for Madrid this season despite a slow start in La Liga.

“The numbers speak for themselves,” added the Portuguese. “I give my answers on the pitch. The team were phenomenal and it is another trophy for the CV.”

No Barca Offer For Bellerin